‘Valedictorian is just a title’ for King’s Fork graduate 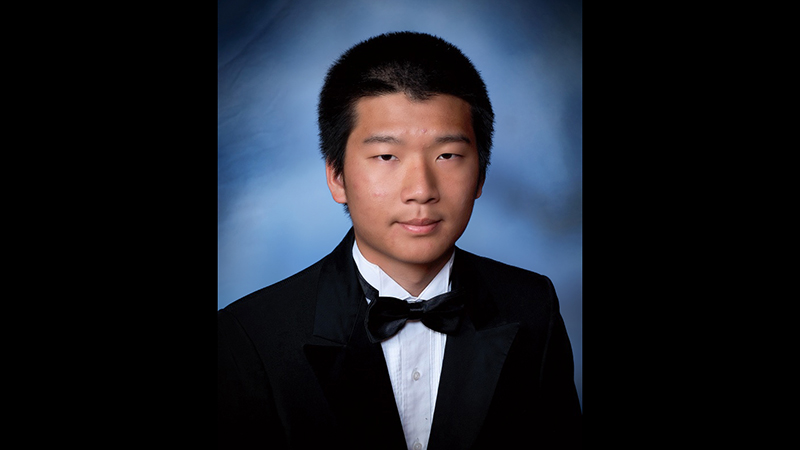 Anthony Jiang worked hard to become valedictorian of King’s Fork High School’s class of 2022, but when he actually achieved it, found didn’t want it.

Though becoming valedictorian wasn’t an initial goal of his, Jiang worked to earn it when he realized it was attainable.

“As the years went by, I realized that being valedictorian was actually achievable for me,” Jiang said, “so I kept pushing.”

As the excitement of earning the valedictorian nod wore off, however, Jiang was faced with something else — having to give a speech at graduation.

“At the beginning of my senior year when I saw that I was (ranked first in) my class, I was excited and proud of my hard work and dedication,” Jiang said. “However, the joy ended when I found out I had to make the valedictorian speech for graduation. I suddenly realized I did not want to be valedictorian.”

Visibly nervous, Jiang elicited laughs from his fellow graduates when talking of the good times they had together, “writing an analytical essay about a novel that we didn’t read.” He thanked his parents, father Tong Jiang and mother Hui Sun, for the sacrifices they have made “to put me in this position filled with opportunities.”

He also thanked the school’s office staff for ensuring the school had running water and informing students of the day’s events, the faculty for providing them with an education and the custodial staff who kept the school clean “to ensure a suitable learning environment.”

Looking back at the moment, Jiang had a different thought.

He said COVID-19 and having to shift to and from virtual learning, hybrid learning and then going back to school full time in person made him realize how much he needed to learn in person.

“Even though I was passing my classes with flying colors, I did not grasp many concepts or remember topics that I learned virtually in my junior year when I entered my senior year,” Jiang said.

Jiang, who will attend the University of Virginia, is leaning toward a major in biological sciences with the idea of being a pharmacist or businessman, or possibly both, but says he is not 100% sure of that yet.

Besides his academics, he was part of the National Honor Society and he volunteers occasionally with the Nansemond River Preservation Alliance with its oyster gardening.

He thanked his friends in his graduation speech for being there when he needed help, and said it was during the rough times “that we were able to build relationships with one another and a sense of camaraderie that I hope will continue to thrive.”

The biggest lesson Jiang will carry from his high school experience?

“Make friendships that’ll last for a long time,” he said, “and … surround yourself with people that’ll push you to be better.”

Major: Biological Sciences (not 100% sure yet)