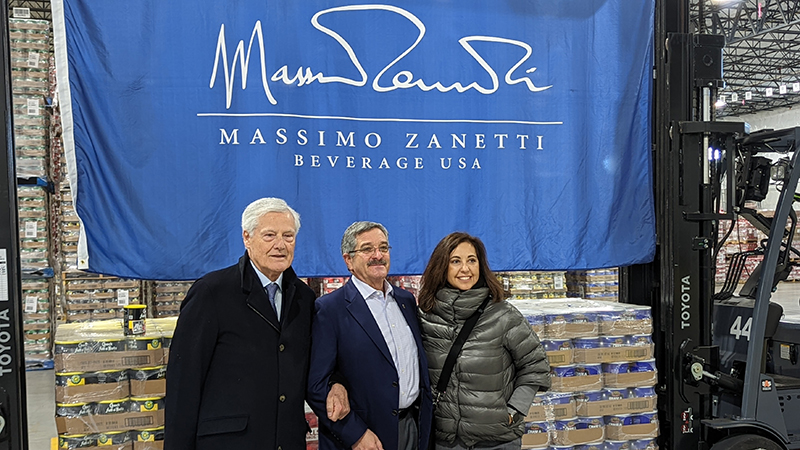 Gov. Glenn Youngkin made the announcement Monday, saying it reinforces that Virginia, which beat out New Jersey for the project, is a prime location for international businesses. The Virginia Economic Development Partnership worked with the city, the Hampton Roads Alliance and the Port of Virginia to help bring the project to the state.

The governor approved a $450,000 grant from the Commonwealth’s Opportunity Fund to assist the city with the project, and the company is eligible to receive benefits from the Port of Virginia’s Economic and Infrastructure Development Zone Grant Program.

“Massimo Zanetti Beverage USA’s continued expansion in Virginia speaks volumes about the business climate, infrastructure, and top-notch talent found in the City of Suffolk and the region,” Youngkin said in a statement. “Food and beverage processing is Virginia’s second-largest manufacturing sector and one of our fastest-growing industries, thanks to investments by corporate partners like MZB-USA.”

City and company officials, with Massimo Zanetti himself in attendance, cut the ribbon on a new 355,933-square-foot distribution center in Equus Capital Partners’ Virginia Port Logistics Park off of U.S. Route 58 in March, four months after it opened.

The facility serves as the Italian company’s East Coast distribution center and e-commerce fulfillment site, and is touted as a strategic investment in its distribution operations for multiple coffee brands.

State Secretary of Commerce Caren Merrick praised the deal, saying the state is proud that the company’s global brand continues its upward trajectory in the city and region.

The company’s U.S. president and CEO, John Boyle, said the decision to invest further in its Suffolk facility “fits with our long-term strategic goals to continue to invest in Hampton Roads.”

“Our proximity to major transit lanes and the Port of Virginia, one of the largest coffee ports in the country,” Boyle said, “further enhances our position and allows for continued growth while adding to the economic vitality of the area.”

The company had already invested $17.5 million in the distribution center and another $800,000 in equipment when it announced in June 2020 that it would build its facility.

Virginia Port Authority CEO and Executive Director Stephen Edwards said the company’s decision to expand in the city highlights the state’s pro-business environment and the support jobs created by the port market.