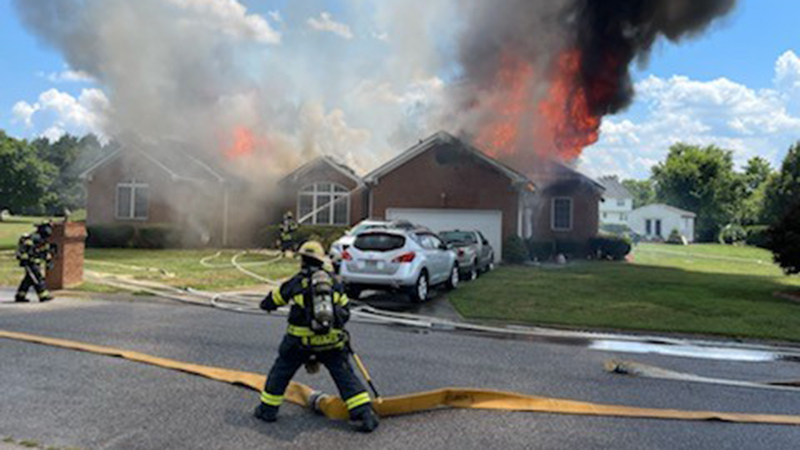 A home in the 100 block of Castle Court near Kings Fork Road and about a half-mile from Pruden Boulevard was significantly damaged as the result of a fire Thursday afternoon.

According to Battalion Chief Steven Johnson, two people were at home at the time and were able to get out safely. One person was evaluated onsite and released by paramedics. No firefighters were injured.

Johnson said when the first units arrived around 1:45 p.m., they observed heavy fire from the rear and roof of the single-story home, and firefighters undertook defensive operations to protect other nearby homes. The fire was declared under control at 3:26 p.m.

The two people have been displaced from their home and are working with the American Red Cross. The cause of the fire is under investigation, but fire officials say it appears accidental in nature.