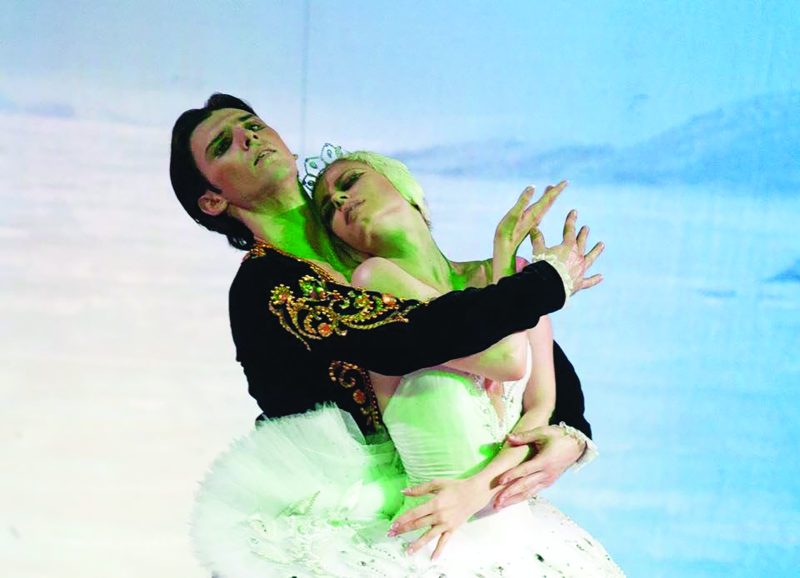 The Kyiv City Ballet's 12-city U.S. tour includes a stop in Suffolk and will be its only residency while in the U.S. The ballet will reside in Suffolk from Sept. 19-22. Two of these days, Sept. 20-21, will feature workshops and masterclasses for local ballet students. Following these educational sessions, the group will perform for ticketed audiences at the Birdsong Theater Sept. 21-22. (Submitted photo)

Despite Russia’s invasion of Ukraine, the Kyiv City Ballet has not let the human tragedy at home prevent the troupe from its artistic endeavors, which are bringing it to Suffolk later this year.

Before Russia’s invasion, the Ukrainian capital of Kiev gleamed. Bisected by the Dnieper River, the city boasts many parks, stunning Eastern Orthodox Cathedrals, and institutions of high culture. Then came the morning of Feb. 24, when Russian airstrikes besieged the city, forcing millions of Ukrainians to flee to neighboring countries.

A favored cultural institution of Kiev, the city ballet departed Kiev for France the day prior for a scheduled performance. Unbeknownst to them, this would mark the beginning of a more than five month absence from home. The Chatelet Theater in Paris welcomed them with open arms — providing a venue for residency while the political environment in Ukraine remains uncertain. Many of these performances were fundraising efforts as well.

Following its Paris residency and other performances in the United Kingdom, the Kyiv City Ballet has secured a 12-city U.S. tour. The ballet’s stop in Suffolk is unique in the fact that it is their only residency while in the U.S. The ballet will reside in Suffolk from Sept. 19-22. Two of these days, Sept. 20-21, will feature workshops and masterclasses for local ballet students.

Following these educational sessions, the group will perform for ticketed audiences at the Birdsong Theater Sept. 21-22, with both performances slated for 7 p.m. The first show will feature Ukrainian repertoire, and the second will feature a performance of Tchaikovsky’s “Swan Lake,” a classic of ballet literature. Following their performances in Suffolk, the ballet will continue their tour in the Midwest and South, visiting cities such as Chicago, Illinois; Montgomery, Alabama; and Oklahoma City, Oklahoma.

Suffolk Center for Cultural Arts Chief Executive Officer and Executive Director of the Lorelei Costa Morrow attested to the tumultuous times the ballet’s members are facing.

“They have not seen their families or loved ones for months.” Despite the trying and uncertain times for Ukraine, Costa Morrow is hopeful that the Kyiv City Ballet can use its performances in Suffolk to share important aspects of Ukraine’s proud culture. She encourages all audiences to attend, regardless of their background knowledge in the intricacies of ballet.

Tickets for the Suffolk performances go on sale Wednesday, July 6 at 10 a.m. They are available for purchase on the SuffolkCenter.org. Additionally, a meet and greet reception will take place prior to the Swan Lake performance Sept. 22. This event is ticketed separately, and attendance is limited.