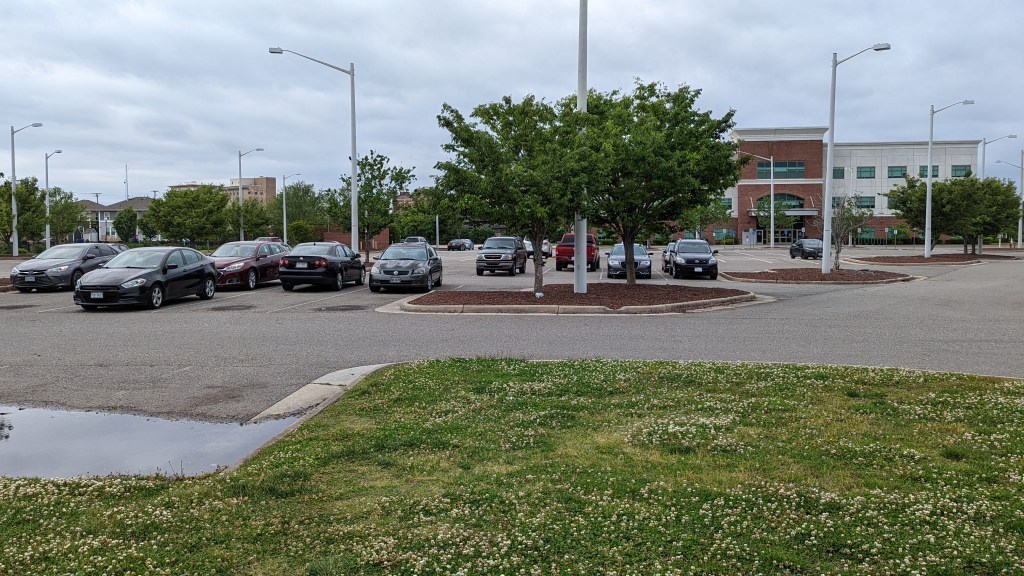 Shentel plans to locate a utility facility for its broadband service in the rear of the parking lot of the city’s Health and Human Services Building at 135 Hall Ave. City Council will hold a public hearing on a conditional use permit for the facility at its July 20 meeting.

Shentel plans to use 10 parking spaces in the rear of an underused parking lot of the city’s Health and Human Services Building downtown to locate its broadband utility facility.

The Edinburg-based company, formally known as Shenandoah Cable Television LLC, is seeking approval for a conditional use permit to locate its utility facility at the building, located at 135 Hall Avenue with entrances there and off of Culloden Street.

The company had been denied its first choice site, vacant property at 120, 122 and 124 S. 5th St. just off of East Washington Street after council voted 7-0 at its April 20 meeting following opposition from residents who live on South 5th Street. Soon after, it reached an agreement with the Economic Development Authority, which owns the Health and Human Services Building property, to site its facility there, less than a mile from the first-choice site.

Following the recent 7-0 Planning Commission vote to recommend the permit, council will hear the company’s new request during a July 20 public hearing.

Company officials have said it needs to have a fiber optic point of presence site for the company’s Glo fiber broadband service, and it wants to start providing service to city residents before the end of the year. Company officials said they want a centrally-located site because of distance limitations with its fiber.

Its plans are similar to its initial proposal earlier this year. Shentel wants to build an 18-foot-by-45-foot compound with a protective row of bollards on three sides and use the two trees on the existing endcap island to screen it from the road to the west. Inside the compound will be a 14-foot-by-24-foot equipment shelter to hold the fiber optic equipment, with the siding of the equipment shelter having a brick pattern with a flat roof.

“What this building is designed to do is to connect all the fibers we’re going to pull here in the city of Suffolk that will offer residential and business internet,” said Chris Kyle, vice president of industry affairs and regulatory affairs with Shentel, during the commission’s June 21 public hearing. “So fiber to the home is the most advanced technology consumers and businesses can get today. That’s what this business will support.”

Should it need added equipment space, the company has plans for a future 18-foot-by-36-foot compound expansion. Once the facility is operational, the company will not have any full-time employees on-site, but instead have someone to visit the site one-to-two times per month for routine maintenance, which will use one of the 10 parking spaces.

Noise levels after the facility is built will hover between 40 and 50 decibels, according to company officials, with a backup generator also running at 74 decibels at 9 a.m. on Tuesdays for a weekly test. Other than the weekly testing, the backup generator would not run except in emergencies when power is disrupted.

Charter Communications, which operates as the Spectrum brand in Suffolk, is also undertaking broadband work, as a groundbreaking ceremony for a $35 million project to bring broadband to rural areas of the city, Isle of Wight County and Southampton County will take place at 11 a.m. July 14 at 9301 Southwestern Blvd.

That project will see 2,000 miles of fiber installed, to connect more than 12,000 homes, businesses, schools and churches to high-speed broadband. It is also expected to take advantage of the region’s fiber ring being built by the Southside Network Authority.

The three localities and the Hampton Roads Planning District Commission applied for, and received, a $21.1 million Virginia Telecommunications Initiative grant from the state Department of Housing and Community Development. Local money and funds from Charter will account for the additional $14 million project cost.