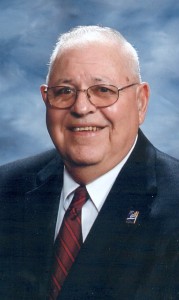 William Lee “Billy” Whitley, 89, widower of Beverly Rogers Whitley, passed away on July 6, 2022, in Sentara Norfolk General Hospital. Born on Nov. 3, 1932, in Franklin, he was the son of the late Willie L. Whitley and Thelma Barrett Whitley. He was also predeceased by a granddaughter, Anna Whitley.

Billy was a 1951 graduate of Franklin High School and a 1955 graduate of Randolph Macon College. He served in the U.S. Army from 1955-1957 before receiving his master’s degree in education from William and Mary in 1964. He was a history and physical education teacher at Chuckatuck High School and was head football and baseball coach. He became principal of John Yeates High School (formerly Chuckatuck High School) in 1967 and served in that capacity until he retired in 1990 with 33 years of service. He then became a member of the City of Suffolk School Board, where he served for 18 years, for a total of 51 years of involvement with the Suffolk School System.

Billy was a member of Wesley Chapel United Methodist Church and a member of Chuckatuck Ruritan Club where he received a 52-year Perfect Attendance pin.

A memorial service will be held at 1 p.m., Saturday, July 16, in John Yeates Middle School Auditorium, 4901 Bennetts Pasture Road, with the Rev. Brandon Nichols officiating. The family will receive friends from 6 to 8 p.m., Friday, July 15 in Wright Funeral Home, Franklin, and suggests that in lieu of flowers, memorial donations be made to the Lewis F. Morris Scholarship, c/o The Suffolk Foundation, 110 West Finney Ave., Suite 100, Suffolk, VA 23434. wrightfuneralhome.org.