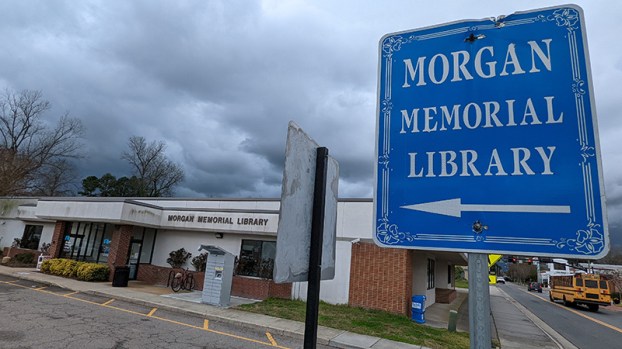 A new $23.3 million downtown library has cleared another hurdle as the Planning Commission Tuesday unanimously recommended rezoning approval of three pieces of property on Lee Street, just off of West Washington Street. 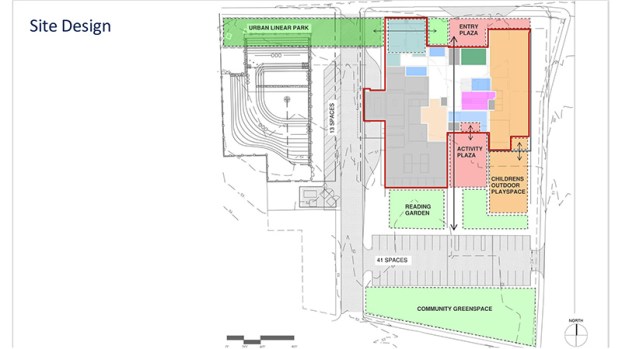 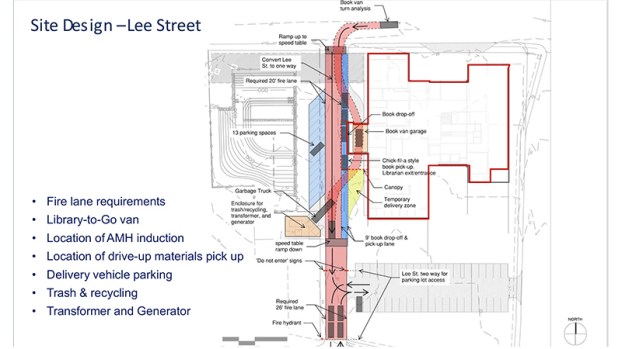 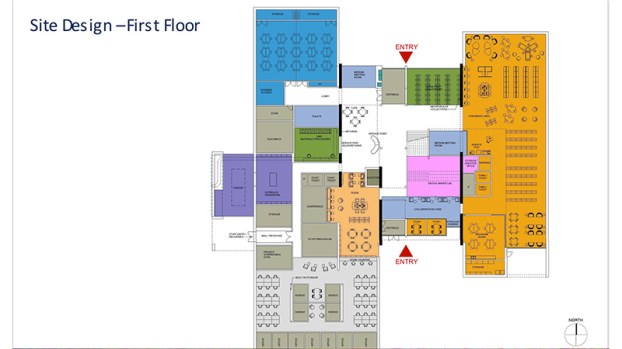 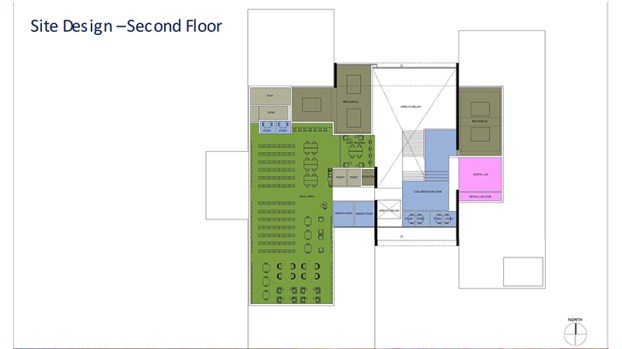 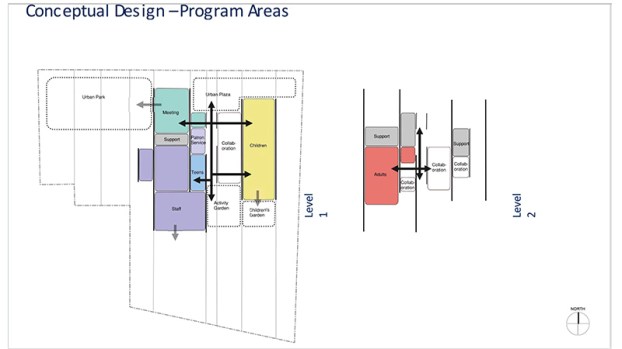 Gerry Jones has been talking about a new downtown library for the past 23 years, so he could be excused for getting ahead of himself as he outlined plans for one during Tuesday’s Planning Commission meeting.

The new $23.3 million library will be two stories and 37,800 square feet, located on three downtown properties just down West Washington Street from the current Morgan Memorial Library across from City Hall. Jones has said the new festival event park, which will be on the corner of West Washington Street and South Saratoga Street, will create outdoor space that would complement library activity while providing additional amenities for the public.

Following a public hearing in which only Jones spoke, the commission unanimously approved rezoning the property from residential medium density to central business district zoning. City Council is expected to take up the rezoning request at its Aug. 3 meeting.

The design of the new library will have an urban presence along West Washington Street, with the rear of the library, facing Jackson Street, to have a neighborhood presence, with accessible outdoor activity spaces to support library services. Parking will be on Lee Street, which will be redesigned and converted to a one-way street to make vehicle access easier for public and staff functions, and parking will also be at the rear of the building.

Richmond-based Quinn Evans Architects is designing the new library, which will be about two-and-a-half times larger than the 14,500-square-foot downtown library. Jones said the project is approaching 50% design completion. It has already received approval from the Historic Landmarks Commission for a certificate of appropriateness that will allow for the demolishing of structures for it, and that same commission has approved the new library’s design. The city’s Parks and Recreation Department had occupied the buildings on the site, but they moved late last year to a new operations center on Carolina Road.

Jones said the design work for the new library would be finished by the end of this year, with construction set to begin in “the first part of next year.”

The expectation, he said, is that the new library would open by summer 2024.