One dead when train hits pedestrian 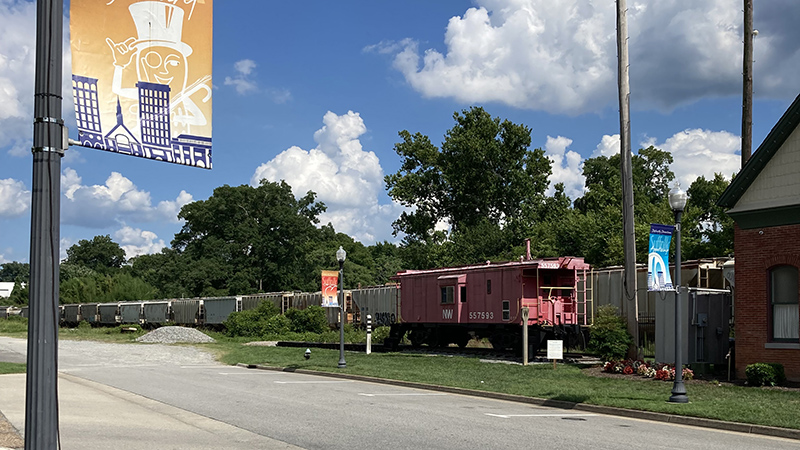 One person died in downtown Wednesday when hit by a train that can be see here parked as officials investigate the accident.

A pedestrian was killed Wednesday, July 20 in a pedestrian versus train accident in 300 block of Main Street on the railway between Main and Hill streets

Suffolk Police and Suffolk Fire & Rescue were on the scene Wednesday shortly after emergency communications was notified of the incident at 3:28 p.m., city police stated in a news release

Suffolk Police have confirmed the victim is deceased at the scene. No information on the person killed is available. Police said in the release that the roadway near this location remained open and should have had no impact on roadway traffic.

No foul play is suspected, however, the incident remains under investigation. Police said that no additional information is available for release at this time.