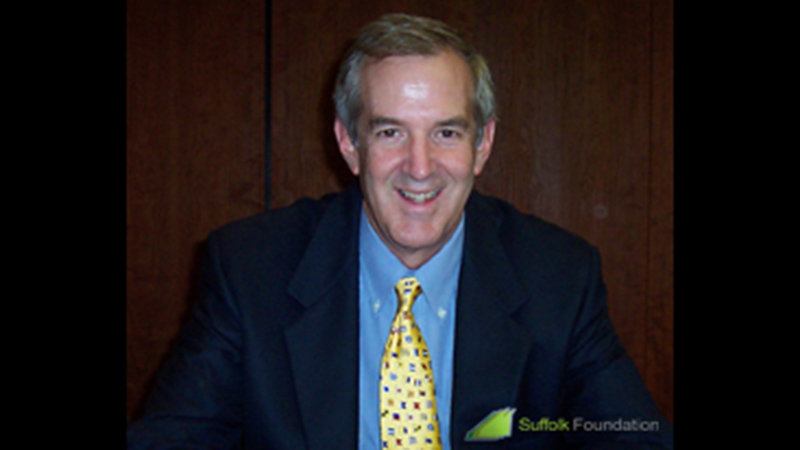 Harry Lee Cross III is the 2022 Suffolk First Citizen Award recipient, honoring his years of service to the community, its youth, his church and local business.

Cross joins an esteemed group of honorees selected by the Downtown and North Suffolk Rotary clubs, including former governors, state senators and delegates, mayors and council members, pastors, doctors, businessmen and women, lawyers, and community servants of all stripes.

A native of Suffolk born here in 1949, Cross is owner/broker of Cross Realty with his son Lee, carrying on a family tradition of real estate and appraisal expertise that began when his father, Harry Lee Cross Jr., who started Cross Realty in 1953.

Cross is a graduate of Suffolk High School and the College of William & Mary, and a former Navy Flight Officer.

He began his successful career in 1973, when he joined Cross Realty. For 49 years, Cross has helped buyers and sellers accomplish their real estate goals. He has received numerous gold and platinum sales awards. He also holds a certified general real estate appraiser license.

He was president of the Suffolk Tennis Association, and in 2003, played on the tennis team that won the U.S. Tennis Association’s over 50 league national championship. As a board member and past president of the Suffolk Foundation, in recent years he helped establish the Women’s Impact Fund along with women leaders to address the needs of women and families in the community. He was president of the Suffolk Youth Athletic Association (SYAA) for 10 years. As one of the founders of SYAA, Cross oversaw its growth from 50 boys playing soccer to 500 boys and girls playing softball, baseball, basketball and soccer. He was a familiar face on the SYAA fields, where he coached soccer, baseball and basketball for many years. He also coached girls and boys tennis and basketball at Nansemond Suffolk Academy.

In recognition of his community involvement, Cross received the Jaycees Outstanding Young Man award. He has served as a deacon and elder of St. Andrew Presbyterian Church and has taught Sunday school for 40 years He has been a mentor and consultant to Lorna Slaughter, founder of the Suffolk Christian Fellowship Center, a food distribution service for local citizens who are food-deprived. Cross volunteered his time helping with grant funding, staff recruitment, arranging transportation and food storage locations, using his influence to acquire free food to support this initiative.

“I have had the pleasure of knowing Harry for more than 10 years through Nansemond-Suffolk Academy,” said Debbie Russell, head of school at Nansemond-Suffolk Academy and fellow Rotarian. “When I first met Harry, he was serving on the Board of Trustees at NSA, and I was an employee of the school. Since meeting Harry, I have always been impressed with his level of commitment, engagement and enthusiasm not only for NSA but also for other causes he is passionate about, such as the YMCA, Suffolk Foundation, Suffolk Rotary, his church, and the Suffolk tennis courts to name a few.”

A reception honoring Cross is Aug. 25 at the Suffolk Center for Cultural Arts, 110 Finney Avenue in Suffolk. Tickets for the event can be purchased online at https://www.eventbrite.com/e/suffolks-2022-first-citizen-tickets-360823050457. All proceeds for the event will go to the Rotary Clubs’ charity funds, where they will be distributed to local and national charities that the clubs support — among them are the Genieve Shelter, the Western Tidewater Free Clinic, the Salvation Army, and many others, as well as funding scholarships for seniors at each of the local high schools.

The Suffolk First Citizen Award has been given every year, save for a brief hiatus, since 1956, when it was started by the Cosmopolitan Club. The club disbanded in 1999, but the Suffolk Rotary Club took it up in 2003.