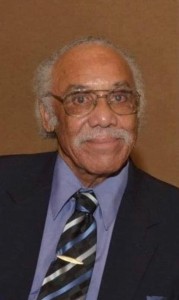 On Friday morning, July 22, 2022, angels were dispatched to Suffolk (Buckhorn) Virginia to usher in a servant, our beloved Arthur (Dickie) Mckinley Richardson. With his family by his side, he peacefully entered eternal rest. He was 85 years old and was the son of the late James Matthew Richardson and Permilla Hite Richardson. He was preceded in death by his grandson, Jonathan Spratley, brothers Johnnie Richardson, Lonnie Richardson and sister Ollie Hicks.

Dickie retired from Newport News Shipyard after 30-plus years of dedicated service. He was an active member of Piney Grove Baptist Church, Buckhorn, Virginia where he formerly held the position of Sunday School Superintendent and Vice President of the Usher Ministry. He was an active Usher, always serving faithfully and with a passion. Having a watchful eye observing to see who in the congregation needed assistance and what usher needed some accommodations.