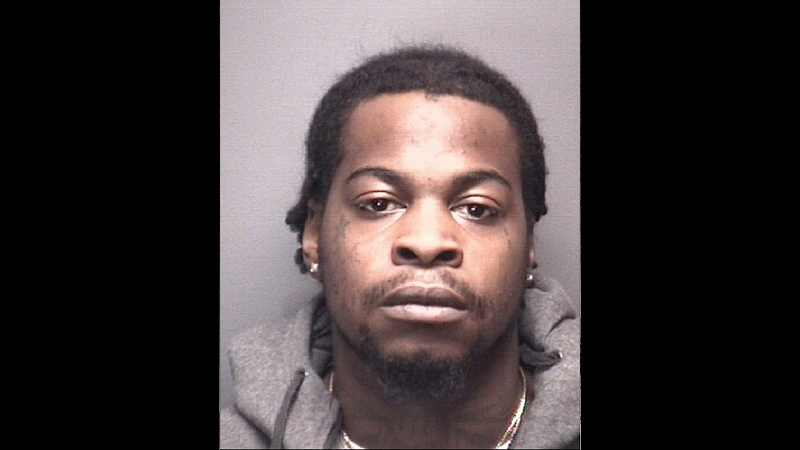 A first-degree murder charge against a city man was certified to the grand jury Tuesday during an arraignment in Suffolk General District Court.

Jerome J. Scott, 26, charged with first-degree murder and the use of a firearm in the commission of a felony, second offense, in connection to the shooting death of 31-year-old Demonz Markese Wilson of Suffolk, was in court to face the arraignment on those charges.

The shooting that killed Wilson took place Dec. 27, 2021 in the 100 block of North Capital Street. Wilson was pronounced dead at the scene.

Warren initially stated she did not want to testify before Judge Nicole Belote told her she had to do so.

“I don’t want nothing to do with this,” Warren said.

Warren said Scott used to date her sister and had seen him a day or two prior to the shooting.

Warren said she saw Scott, who she referred to as “J.J.,” and Wilson outside her home close together, though she could not hear what they were saying. It was dark outside at the time, though she said she could see them with the streetlights on.

She said she later went outside, as she was going to make a trip to Family Dollar, with her car behind that of Wilson’s, who she referred to as “Kese” (pronounced Keys) throughout the hearing.

Initially, she testified that she saw a firearm sitting on Wilson’s lap as he was sitting inside his vehicle.

When outside, Warren testified that she heard words being exchanged between Scott and Wilson, but could not make out what they were saying. She said Wilson walked out of his car and over to Scott’s vehicle, which she described as a black Jeep, on two or three occasions.

Throughout, Warren said she kept trying to get her sister to get in the car with her. She said she also saw a gun on Wilson’s hip, but she never saw him touch it or pull it out.

Warren said at one point Scott had been smoking weed before getting out of his vehicle and shooting at Wilson, who then hit the ground as more shots were fired. She said Wilson was initially shot in the head. She said she heard about four additional shots before she said Scott got back in his vehicle.

She said while Scott was shooting, another man, who she described as being Black, about 5-foot-2, 140 pounds and wearing a black ski mask, also started shooting at Scott. Warren said she was unsure if Scott fired back.

Warren’s sister eventually got in the car with her, she said, and they drove on Lloyd Street, one street over, before going back. At that point, she said she saw someone trying to move Wilson onto his side and the victim appearing to be choking on blood. Warren said her sister put Wilson’s head onto her lap and they waited for EMTs and police to arrive.

Under cross-examination from Taylor, she said three men — Scott, Wilson and the unnamed man in the ski mask — had firearms.

At that point, she appeared to answer in the affirmative when Taylor asked her whether she knew who started shooting first.

“I just know there was a lot of shooting,” said Warren, who added she was in her car hiding under her steering wheel while the shooting continued.

She again said Scott fired the first shot, which she said hit Wilson on the right side of his head. After they had circled the block and come back to the scene, Warren said she noticed Wilson had also been shot in the chest.

Koziana testified that she arrived on the scene at about 9 p.m., about 10 minutes after the shooting was reported to police, and found Wilson’s body at the scene covered up. At that point, she said he had already been declared dead. She said she did not recover a weapon from Wilson at the scene, and said she was not advised of any weapon when she arrived.

Taylor, after both Warren and Koziana had testified, made a motion to strike the evidence “as to both charges and to dismiss them.”

He noted that Warren had only identified Scott and Wilson by nicknames and not their actual names.

“They have an obligation to tie this together,” Taylor said.

Belote said that identification “has been established for probable cause purposes” and certified both charges to the grand jury.

If found guilty of first-degree murder, a Class 2 felony, the sentence can be anywhere from 20 years to life in prison and up to a $100,000 fine.