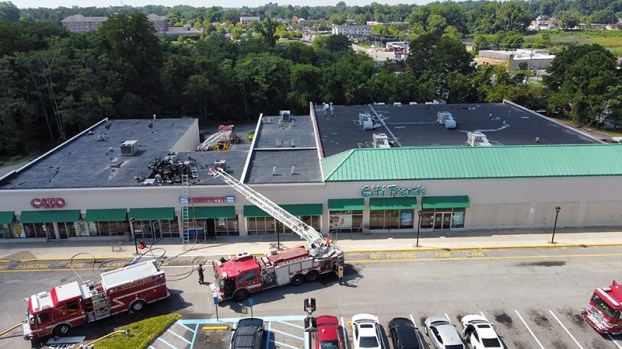 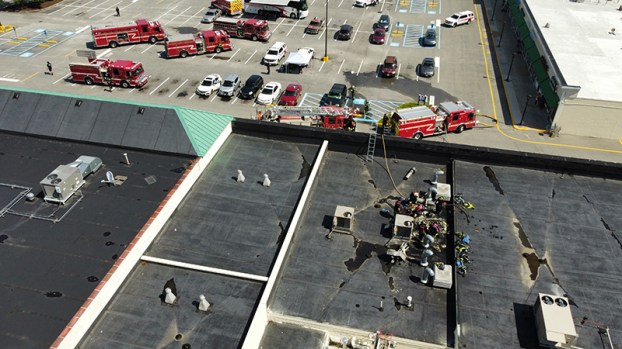 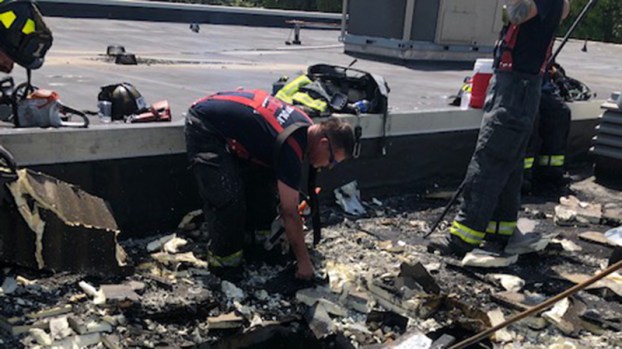 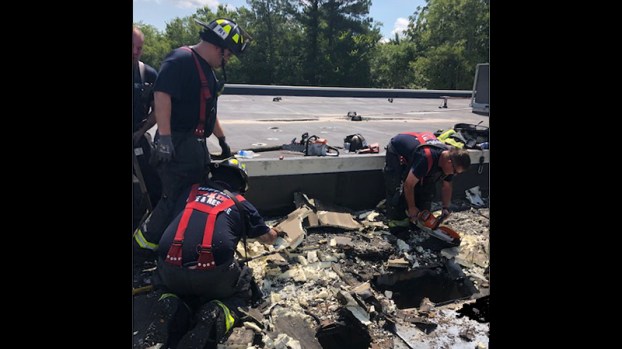 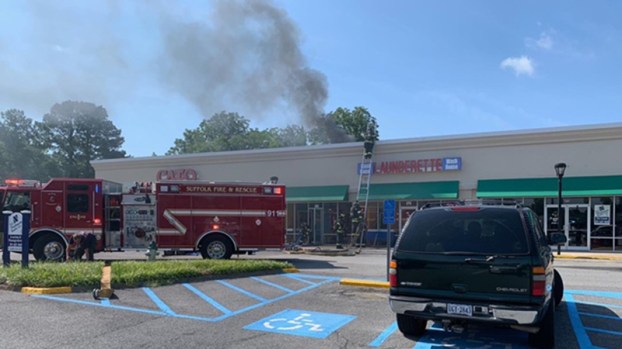 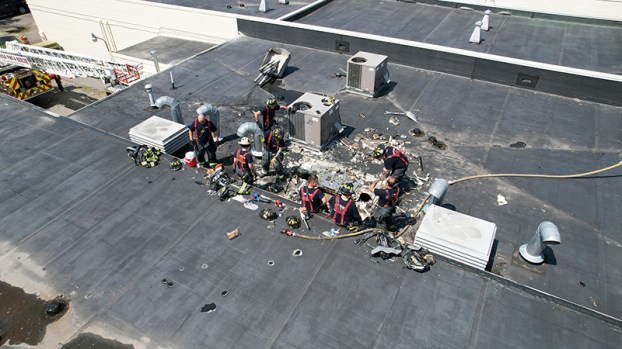 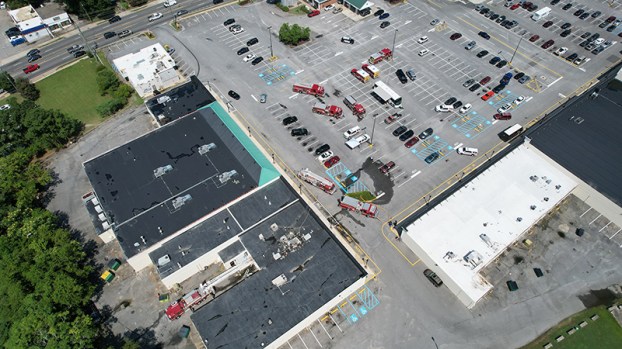 A Friday morning fire in downtown has injured one and had firefighters working to contain the blaze at a commercial strip shop.

Suffolk Fire and Rescue was dispatched at 10:10 a.m. to Wash House Launderette on the 800 block of North Main Street, Friday, July 29, according to a City of Suffolk news release.

Battalion 1, Engine 1, Engine 2 and Rescue 1 arrived at the scene within five minutes of receiving the call to find black smoke coming from the roof of the building.

The news release states that an investigation found a fire in a commercial dryer with fire progressing through the vent to the roof with heavy black smoke in the interior of the business. Crews attacked the fire from the interior and roof.

One patron was treated for smoke inhalation and was transported to a local hospital with non-life-threatening injuries.

Due to the extension to the roof, crews removed vents and roofing materials from above the fire to ventilate the fire and stop the extension. Suffolk Police provided traffic control.

The property manager for the business is on the scene and no exposure businesses were affected, according to the city of Suffolk release.

The fire is under investigation by Suffolk Fire Investigators.