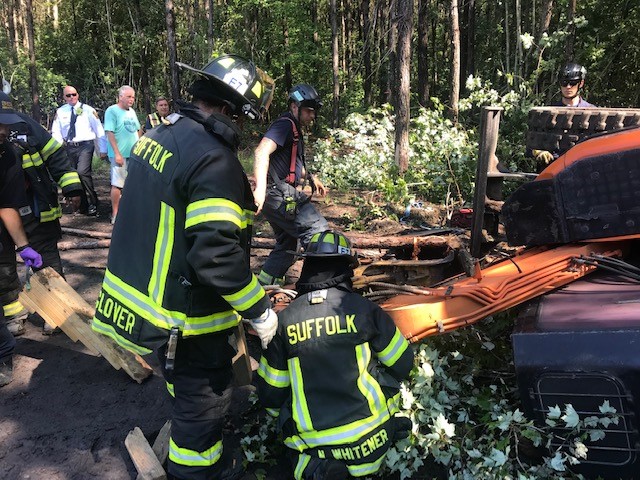 Suffolk Fire & Rescue personnel work to free a man pinned beneath an excavator Saturday morning in the Holland community.

A man was hospitalized with serious injuries after being pinned beneath an excavator Saturday morning in Suffolk’s Holland community.

Suffolk Fire & Rescue personnel, who responded to the scene in the 5900 block of Indian Trail at 10:04 a.m., used specialized rescue equipment and techniques to lift the excavator off the man’s legs.

The man was extricated at 10:24 a.m., roughly 30 minutes after he became trapped, and transported by ambulance to an area trauma canter. Authorities did not identify the victim.