Arson, other charges dismissed against man in connection to 2021 Suffolk Tower fire 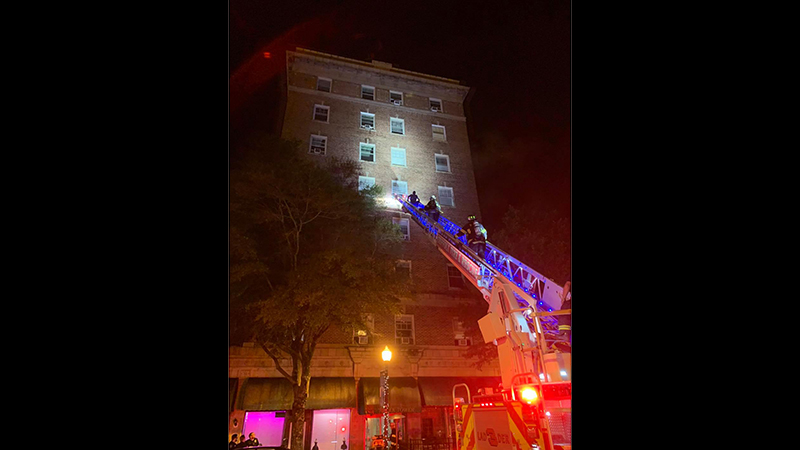 An arson charge along with two other charges against Herbert Boothe was dismissed without prejudice Monday in Suffolk General District Court.

Arson and assault charges against a Suffolk man accused of setting fire to the downtown Suffolk Tower apartment building were dismissed without prejudice Monday in the city’s General District Court.

Herbert Boothe, 70, who had been charged with arson, assault on a law enforcement official and attempted sexual battery in connection to the July 13 fire at Suffolk Tower, had been under mental evaluation since last summer, but with his status determined to be unrestorable, Chief Judge Alfred W. Bates III agreed to dismiss the case.

Dismissing the case without prejudice means the court is not making a determination on the merits of the case, but it does allow for the possibility of it being refiled.

According to the criminal complaint, Boothe had been living on the fifth floor of the building in apartment 518 at the time of the incident and had “admitted to sitting (sic) the fire in his apartment by lighting a chair on fire with a lighter.”

The other charges against him stemmed from him allegedly spitting in the face of a Suffolk Police officer and allegedly scratching someone in the chest in the arm — both incidents were alleged to have taken place at Sentara Obici Hospital, where Boothe was being treated after the fire.

Firefighters arrived at the scene off of North Main Street, across the street from the Godwin Courts Building, just after 4 a.m., to find Suffolk Tower on fire, with the three-alarm blaze found to have originated on the fifth floor. They rescued five people during the initial response, two went to the hospital for further treatment and a firefighter suffered minor injuries.

At the time of the fire, the building had 50 occupied units and a total of 118 people living there, and it caused them to be housed in city hotels and find alternative housing.

Last August, Boothe was ordered to undergo a mental evaluation to determine his competency to stand trial. Two months later, he was sent to Eastern State Hospital in Williamsburg for further evaluation.

The Suffolk Tower building was sold in August 2021 by Suffolk Tower Holdings LLC to Retreat at Harbour View LP for more than $3.5 million.