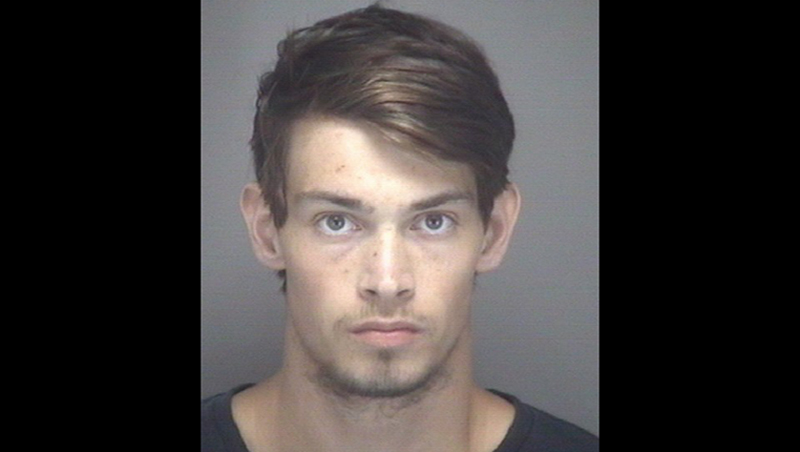 A Dare County Sheriff’s Office deputy, with lights and siren going, attempted to stop a vehicle for traveling in excess of 100 miles per hour heading north on NC 12, reported a media release from the sheriff’s office issued just after 10 p.m. on Monday.

At the U.S. Post Office in Avon, the suspect “barely made it around” a stopped Toyota Tundra. “The deputy following could not and struck the vehicle,” stated the DCSO media release.

State Highway Trooper S.J. Whiting said he arrived at the Avon Post Office at 11:28 a.m. to investigate the officer-involved wreck.

At the scene, the deputy refused medical treatment, according to Whiting. Two people in the Toyota were transported to The Outer Banks Hospital with non-life-threatening injuries.

Meanwhile, the suspect continued on “but was found a short time later in the village of Avon thanks to citizens calling in with information,” stated the DCSO release.

The release states the driver and two others were found in a wooded area near the vehicle’s location.

After investigation, driver Noah Cooper Huneycutt, 20, of Suffolk, Va., was arrested and charged with felony fleeing to elude and misdemeanors careless and reckless, fail to yield to blue light and siren, driving left of center and 105 in a 45 mile per hour zone. Honeycutt is being held on a $15,000 secured bond.

Those requiring medical care have been released from the Outer Banks Hospital, reports the media release.

Dare County Sheriff Doug Doughtie wrote, “We would like to thank North Carolina Highway Patrol and National Park Service for their assistance in locating the vehicle and driver.”