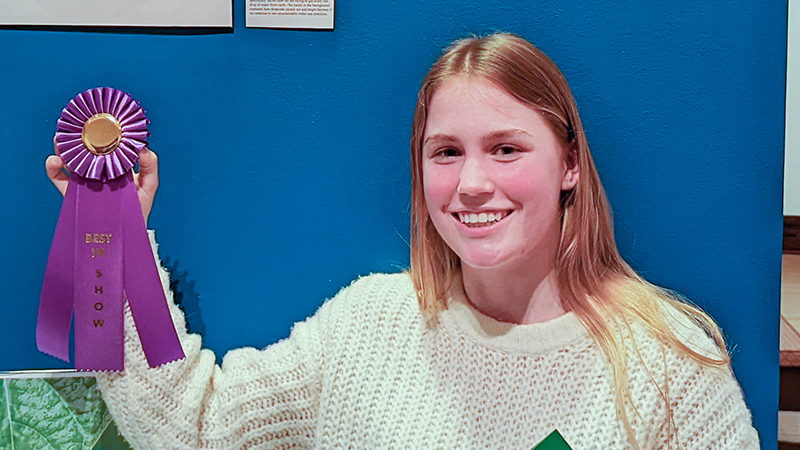 Rory Rockwood, a recent graduate of Nansemond-Suffolk Academy, won the Sister Cities of America grand prize award for her work, “Every Last Drop.

Her digital artwork, “Every Last Drop,” represented the loss of all resources and wasting them, Rockwood said, and earned local praise as she created the art flowing with this year’s theme, Generation Rescue: Sustainable Water for All.

It has now garnered national attention as Sister Cities International’s grand prize winner. City Council, including Mayor Mike Duman who had presented Rockwood with her award at the local event, took the time to recognize the achievement during its Wednesday meeting.

Her digital art piece was one of 300 entries from across the country and 16 countries. Rockwell, a rising freshman at James Madison University, was featured in Sister Cities International’s Virtual Young Leadership Summit Aug. 5, when she received a $1,000 cash prize.

MaryAnne Persons, a commissioner and board member with Sister Cities International, introduced Rockwood, who received applause from the audience inside City Hall for her achievement.

Rockwood, who also won a best-in-show award at the local competition last year for another digital photograph, “Splish Splash,” depicting an Oreo cookie falling into a mug of milk, said she plans to study business and hopes to continue her art at some level.

“Unfortunately for now, I’m not going to continue digital art, maybe on the side, but not as my major,” Rockwood said.

She shared the purpose behind her piece with council.

“I wanted to make the viewer think and reflect on themselves and think about how they’re using their resources, like water,” Rockwood said, “and make sure they’re not just trying to get every bit they can and consider how we conserve and use our resources well and sustainably for the future generations.”

Back in February, she said when she was creating her digital art piece that she had originally visualized Earth as something vastly different.

“I wanted to visualize taking every last bit we can from Earth,” Rockwood said, “and originally, the Earth was actually a hot dog, and I put Earth instead of a hot dog.”