NSA ‘has not taken a position’ on Port 460 project, working to address traffic concerns 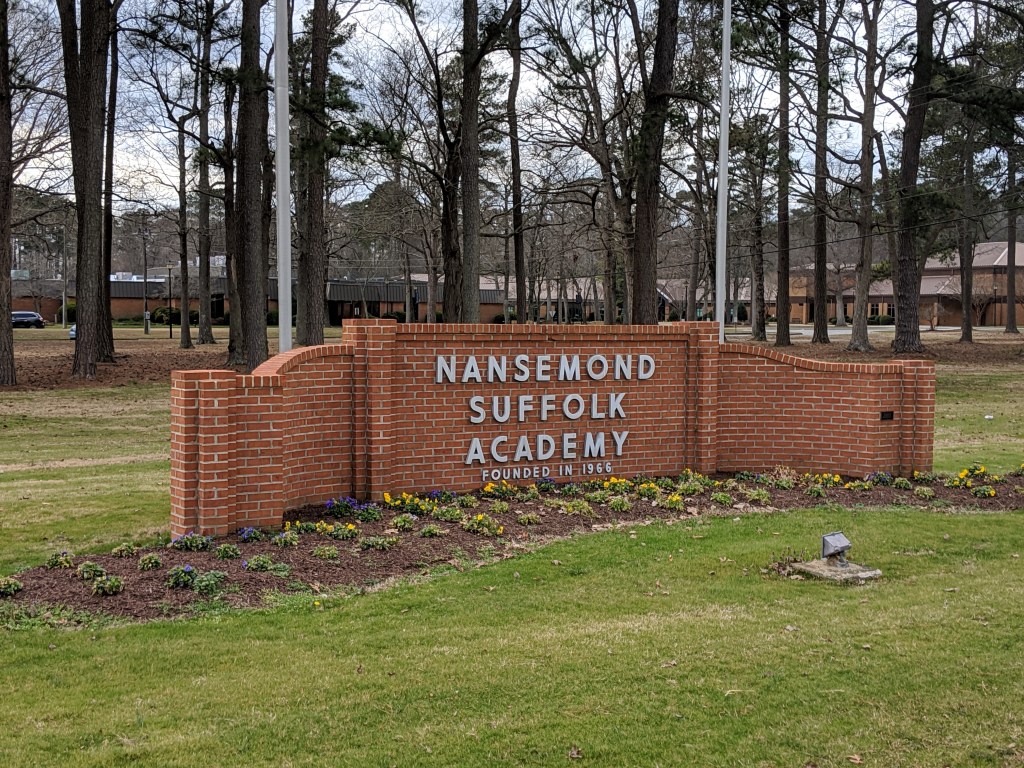 Nansemond-Suffolk Academy said in a statement that it had not taken a position on the proposed rezoning for a 540-acre industrial site to include 10 warehouses and will be known as the Port 460 Logistics Park. (File photo: Jimmy LaRoue/Suffolk News-Herald)

The attorney representing the developers of the 540-acre Port 460 Logistics Park project highlighted the absence of Nansemond-Suffolk Academy officials from a recent City Council public hearing on rezoning for the property that has spurred intense opposition from residents.

Fred Taylor said the developers, Matan Companies, had been above board and transparent during the process of putting the project together, and had done their due diligence in reaching out to neighboring property owners, including NSA. He said they reached out to property owners within 1.5 miles of the proposed project.

“I think it’ll speak volumes tonight that the academy does not come before you to oppose this rezoning request,” Taylor said during the Aug. 17 public hearing.

However, in a statement to the Suffolk News-Herald, NSA said it is not committing one way or the other on the project, but does want to look out for its interests.

“Nansemond-Suffolk Academy has not taken a position on the Port 460 project,” the statement reads. “Our priority is to address the potential safety concerns on and around our Main Campus and to ensure our ability to continue to provide an excellent educational experience for the community.

“The NSA Board of Trustees is actively working to try to mitigate as many traffic concerns as possible and has determined that the best path forward is to work together with the developer, the city of Suffolk, the state of Virginia and the Port of Virginia.”

The project calls for the development of 4.7 million square feet of warehouse space for an industrial park of 10 warehouse buildings on property that borders U.S. Routes 460 and 58, Kings Fork Road, Pitchkettle Road and Murphys Mill Road. About 24,000 square feet at the front of the property off of U.S. 460 calls for a mix of service retail to include a gas station, a restaurant and a convenience store.

In comments during a Planning Commission public hearing last month, five NSA officials, including head of school Debbie Russell and members of its board, shared concerns they had about the development, including increased traffic it said would have an adverse effect on the more than 900 students and staff members who are at the school’s main campus every day.

“Our presence here … is not to contest economic development in the city or projects,” Russell told the commission, “but rather ensuring that that growth takes into account any impact that it might have on the existing community and businesses, and that all parties involved can work together to mitigate any possible impacts that it may have on the surrounding businesses and community.”

She and other NSA officials called for “specific solutions” to include alternate options for getting in and out of NSA’s main campus, including another entrance to the school off of Pitchkettle Road. Russell also said that because it uses its entire campus, inside and out, it needs adequate buffers for its property to mitigate noise so it can continue to use its outdoor spaces, which she noted became more important due to the COVID-19 pandemic.

They said the school was at risk of losing some of its athletic facilities, including its football field, track and tennis courts, due to needed U.S. 460 improvements.

“If that is left unaddressed in the future, this project will essentially paralyze our ability to safely enter and exit the campus,” said NSA board member Tom Cox.

Taylor Harrell, the outgoing chairman of NSA’s board of trustees, said at the commission public hearing that while it appreciated Matan Companies’ outreach, the school’s concerns had not been fully addressed.

During the commission’s public hearing, Dave France, a project manager and vice president of Kimley-Horn and Associates, who has drawn up conceptual plans for the project, said NSA’s issues are ones it created for itself, and would be there with or without the project since it fronts U. S. 460.

Project officials have been in monthly contact with the school, and called it first when they submitted the project to the city for review. They say they are committed to working with the school to resolve any issues.