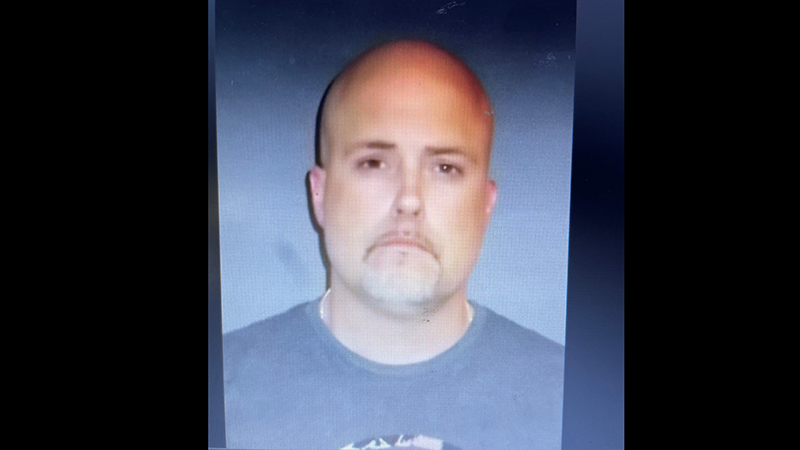 A Suffolk man is wanted in connection to an Aug. 21 chase that spanned about 20 miles in the Outer Banks and lower Currituck County area of North Carolina after officers attempted to stop a vehicle that they suspected was stolen and had a stolen license plate, Kill Devil Hills Police said Friday.

Police have obtained warrants for Mickel Matthew Mobley, 41, who has been charged with felony speeding to elude arrest and possession of stolen property.

Officers engaged a silver 2009 Mercedes Benz around 10:30 a.m. in a pursuit, according to Kill Devil Hills police, after an officer in the area of Landing Drive noticed the vehicle that it believed could have been stolen and displaying a stolen/fictitious tag. They attempted to stop the driver in the area of Colington Road, but he refused to stop, according to police, and attempted to flee from the officer.

The officer began pursuing the vehicle, and twice it managed to avoid stop sticks deployed by neighboring agencies to end the pursuit, according to police. The pursuit continued in a generally northern direction, going over the Wright Memorial Bridge into Currituck County before the pursuit ended in the area around Jarvisburg and the Cotton Gin, police said, determining that it was unsafe to do so due to traffic conditions and the concern for public safety due to the danger posed by the vehicle.

Anyone with more information on Mobley’s whereabouts can call the Kill Devil Hills Police Department at 252-449-5337, the Dare Community Crime Line at 252-473-3111 or visit the Crime Line tip line at darecommunitycrimeline.org.

Police said the investigation is ongoing, with the status of the Mercedes, whether it was stolen, borrowed or used without permission, remaining in question, and it would seek additional charges, if appropriate, as the investigation continues.