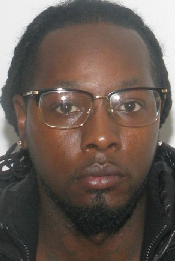 Editor’s note: This article was updated at 6 p.m. Sunday with identification of the victim and suspect.

A Suffolk woman was shot to death early Sunday at a home on Nansemond Parkway. The suspected gunman has not been apprehended and is considered armed and dangerous.

The Suffolk 911 Center received a call at 4:39 a.m. about shots fired inside a residence in the 1000 block of Nansemond Parkway, north of Portsmouth of Boulevard and south of Route 58 bypass.

Responding officers found the victim, Delyna Hall, 24, who was pronounced dead at the scene.

John Dontrel Harris, 31 of Suffolk, has been charged with second degree murder, armed burglar, malicious wounding, possession of a firearm by convicted felon, and maliciously shoot/stab with intent to kill.

As of Sunday evening, Harris had not been apprehended.

Police did not release any other details about the incident, which was Suffolk’s third homicide in eight days. Two people were killed last weekend in separate incidents near downtown.

Anyone with information about Sunday’s shooting death should visit www.p3tips.com, www.suffolkva.us/spd) and look for the Suffolk Crime Line link, or the Suffolk Police Department Facebook page at www.facebook.com/suffolkpolicedepartment. Tipsters can also call 888-LOCK-U-UP, 1-888-562-5887, Option 5.  They will be given a TIP ID and password. With this information they can log in at p3tips.com and submit follow-up information, engage in two-way dialogue, be informed of the outcome of the tip, and access reward information.