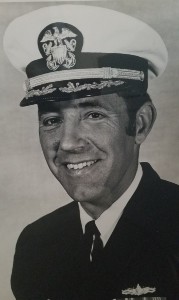 Captain Frederic Northey Howe Jr. (Fred) passed away from natural causes on Aug. 6, 2022, in Naples, Fla., he was 86 years old. Born into a long line of family members with Naval careers, he graduated from the United States Naval Academy in 1957. Fred was the son of a USNA 1932 Graduate Capt. Frederic N. Howe and his mother Martha Elizabeth Cross of Suffolk was a Suffolk High School student and then graduated Northwestern Prep school in Minneapolis senior year 1953. Suffolk is where he met his high school sweetheart Sandra Dianne Holland whom he married in 1957. Survived by his children, Frederic N. Howe III, Martha Irene Brooks, Dianne Lorraine Purin, Amy Etheridge Wiedle and grandchildren, F.N. Howe IV, Shannon Howe Pea, Holly Brooks and Amanda Brooks Meteyer, Megan Purin, Houston and Garrett Wiedle. Fred was pre-deceased by his parents, brother, Harry Lee Howe, with surviving spouse, Cindy Zintsmaster and their daughter, Persis Howe. Additionally, Fred had two sons-in-law from USNA classes of 1980 and 1981. Fred has five grandchildren and seven great-grandchildren with an eighth, an arrival he just missed, due in October.

Career notables include the following: With his USNA four-digit preference number, he spent three years in Norfolk on destroyers followed by two more in Charleston with the mine warfare force. He then went west to Monterey in July 1962 and completed Naval Postgraduate (PG) school. He spent eighteen months as an aide at FIRST Fleet in Coronado then off to Brunswick, Maine shipyards, assigned as weapons officer (Terrier Missile) aboard the USS BIDDLE DLG-34. He did a tour as XO on the USS BARNEY DDG-6 in Norfolk and then spent three years at USNA Annapolis, Md. with two as a weapons instructor and one in Bancroft Hall as Battalion Officer. Fred earned his Master of Science Administration Degree at George Washington University in May 1972 and arrived in Saigon in October 1972. In February he was sent to Nakhon Phanom (NKP) RTAFB Thailand, to conclude one-year service after NKP. He returned to Norfolk as Commanding Officer of the USS COONTZ DLG-9/DDG-40 and after 27 months with the PEB, he reported to Washington for ICAF. After successive tours at NAVSEA, OPNAV, and then back to NAVSEA (and belatedly discovering four years of creditable reserve time) he retired in July 1981 after moving to Fredericksburg. He spent the next three-plus years in high-tech sales and then, in 1985 joined Advanced Technology Inc., in Arlington. During the 15-year period beginning in 1985, Fred served as the eminence grise for the Saudi Naval Forces Attaché’ in Washington until January 2001. Fred also served as Corresponding Sec. for his 1957 classmates for many years. He served on the Stafford Co. Utilities Commission and as President Fredericksburg Civil War Round Table.

A graveside service, with military honors, was conducted at 2p.m. or 1400 sharp on Saturday, Aug. 27, in Holly Lawn Cemetery, 1525 N. Main St. by the Rev. John F. Shappell. R.W. Baker & Co. Funeral Home and Crematory, Downtown Suffolk is serving the family. Donations in lieu of flowers may be made to c/o US NAVAL ACADEMY FOUNDATION – Designation – “Class 1957 Chair in Naval Heritage”, 274 Wood Road / Annapolis, MD  21402. Condolences may be registered at RWBakerFH.com. 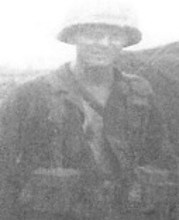