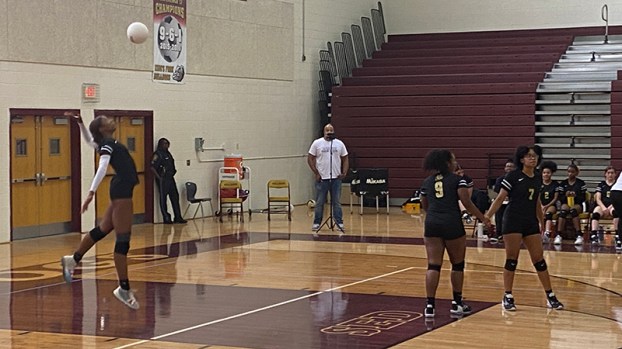 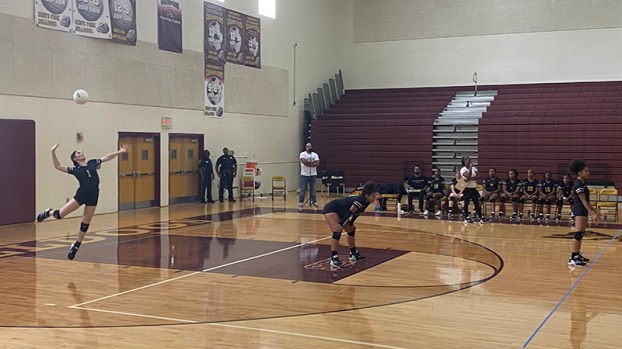 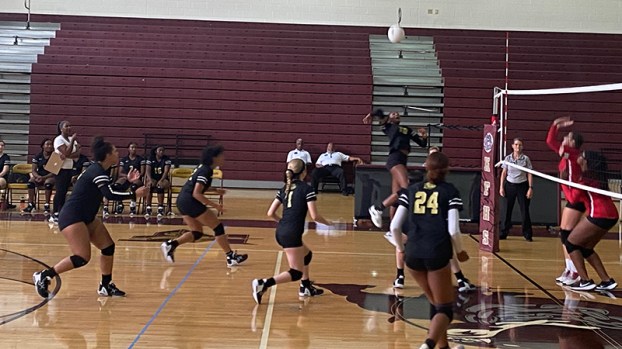 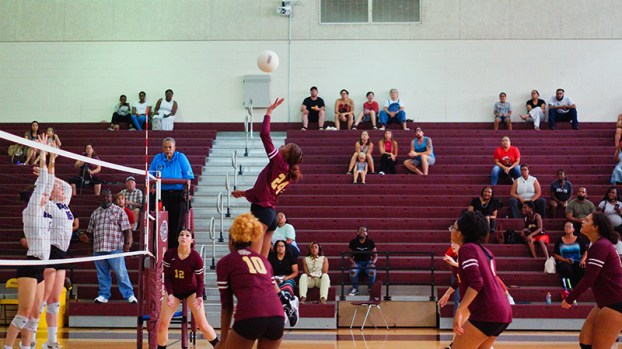 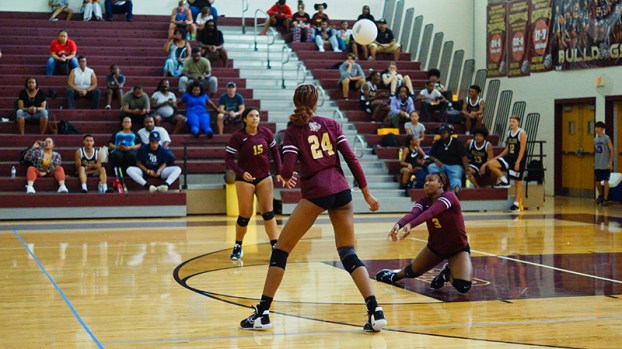 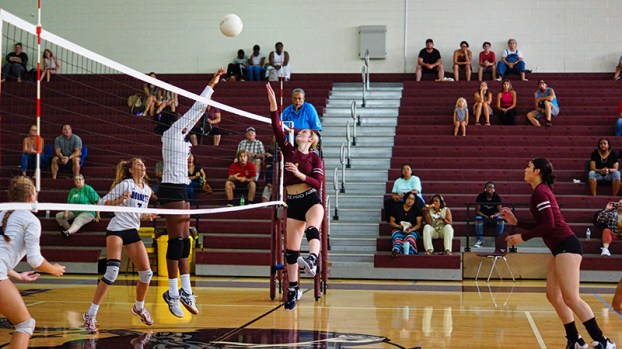 Lynn Weist (1) tips one over the net for the Bulldogs in their will over Deep Creek. 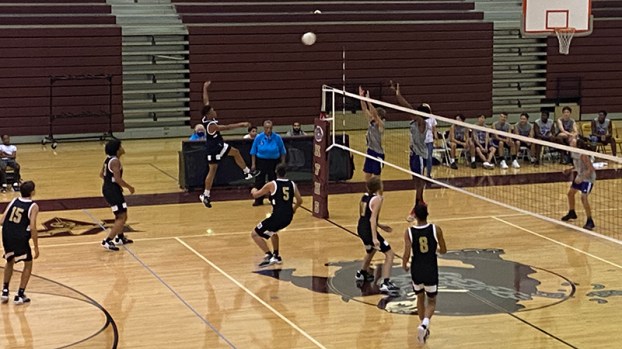 Cameron Reid-Edwards goes airbound as he returns the ball in the Kings Fork boys game with the Hornets.