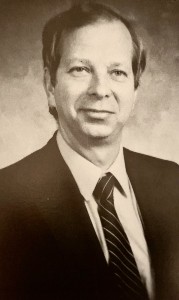 Ernest “Mike” Michael Ellis Jr., 82, passed away on Aug. 28, 2022. He was born in Norfolk, the son of the late Ernest M. Ellis Sr. and Grace Emma Sykes Ellis. He was predeceased by his sister, Joyce Bowden.

Mike graduated with advanced degrees from Old Dominion University and William and Mary University and served as a teacher and principal in public and private education in eastern North Carolina and the Tidewater region of Virginia for 41 years. He was a pillar to the Mid-Atlantic region in Christian education as a principal of Suffolk Christian, Alliance Christian and Hampton Christian Schools. He taught at Christopher Newport College and Old Dominion University.  He also served on the ACSI Accreditation Board for Christian Education for the Mid-Atlantic Region of the United States. His love and devotion were not just to his wife and children but the thousands of students that he taught and the schools that he administered over his career. Mike retired in 2000 from the Chesapeake Public School System. He was a proud Eagle Scout from Troop 16 in Norfolk.

A funeral service is to be held at 2 p.m. Friday, Sept. 9, at Parr Funeral Home & Crematory with Pastor Fred Gray officiating. Burial follows at Nansemond-Suffolk Cemetery. Memorial donations may be made to the Crisis Pregnancy Center of Tidewater, 1100 Madison Plaza, Suite 104A, Chesapeake Virginia, 23320. Condolences may be registered online at parrfuneralhome.com.