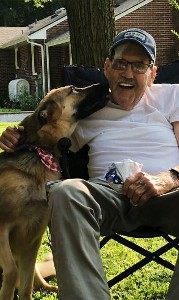 Harold Carey McGrath Jr., 75, passed away Sept. 3, 2022, in Sentara Obici Hospital. Born in Suffolk and raised in Courtland, he was the son of the late Harold Carey McGrath and Rebecca Gillette McGrath. He also was predeceased by a sister, Becky Ann Daughty, and a cousin, Bill McGrath.

Carey was a 1965 graduate of Southampton High School and attended Randolph Macon College. He was a member of Black Creek Baptist Church. He was a long-time meat cutter in the local grocery stores. Carey was a member of AA and had achieved 42 years of sobriety and helped many others with the struggle.