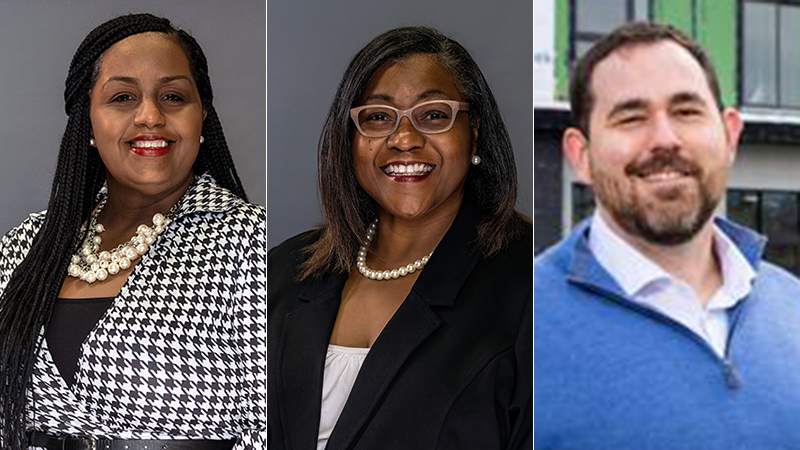 Three new staff members will join the City of Suffolk in the next several weeks.

Langford hails from Clarksville, Indiana where he currently serves as the redevelopment director. He has been with Clarksville since 2018 serving in a number of positions focused on economic development and redevelopment projects.  His work’s focus includes tackling retail, mixed-use, reconstruction, real estate development and public infrastructure projects, according to the release.

“Nic is a pragmatic and thoughtful economic developer,”

Moor said in the release. ”His familiarity working with complex public-private projects will be a benefit to a dynamic and diverse community such as Suffolk.”

Turner has been Isle of Wight County recreation manager for last 14 years. During that time, she served as interim director for nine months.

“LaTanya brings a wealth of knowledge to the City of Suffolk with her extensive experience in the sports and recreation industry,”

Furlo said. “We’re excited to have her back in Suffolk with us.”

She has worked in various capacities at Suffolk Social Services — most recently serving as the self sufficiency supervisor for the last eight years.

“Ms. Williams is absolutely the right choice,” Cromer said. “Her passion and commitment to the residents of Suffolk is very much evident and we’re excited to have her on the team in the assistant director capacity.”