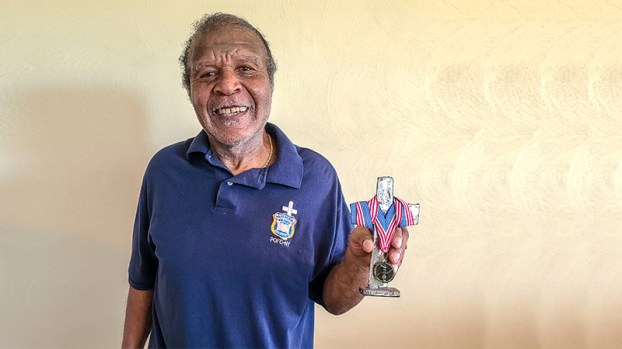 Richard Lewis, shown holding a cross welded from steel recovered from ground zero, collects and displays may items connected to the attacks of Sept. 11, 2001. He has also written several books about his experiences at Ground Zero and as a NYPD officer. (Jen Jaqua photo) 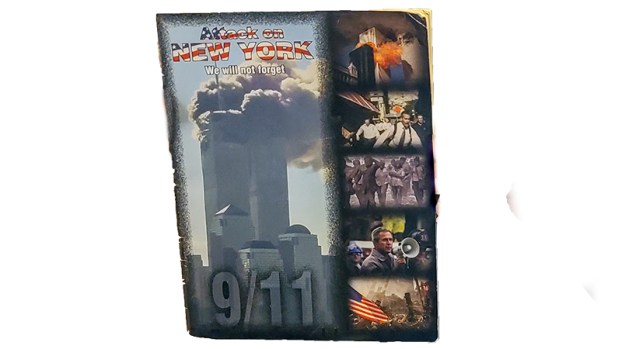 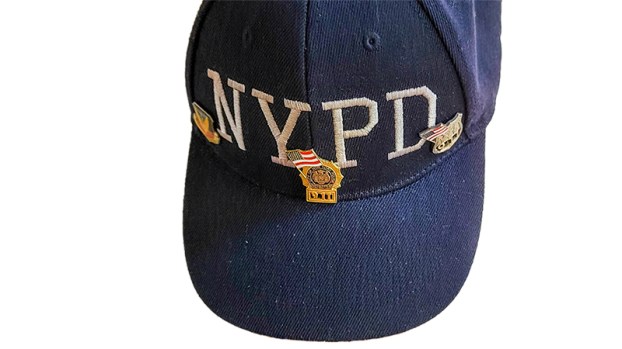 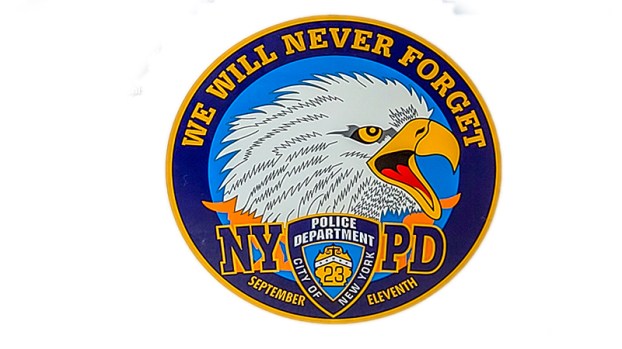 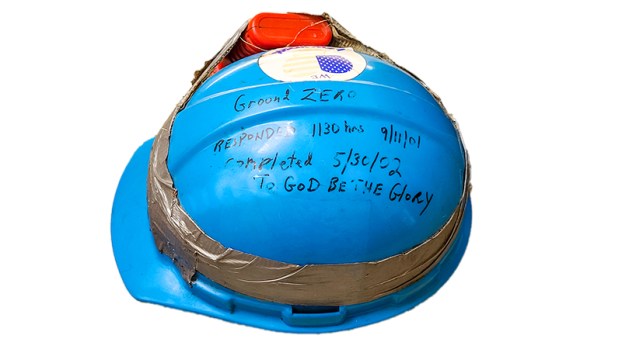 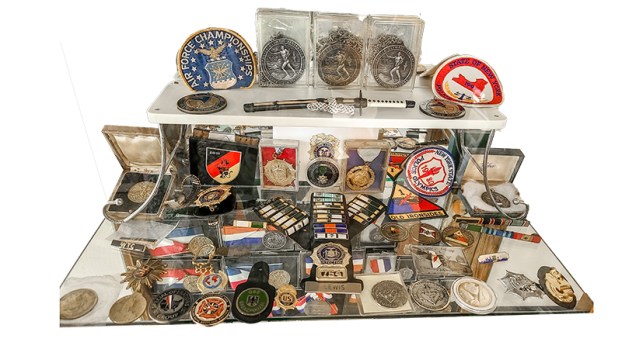 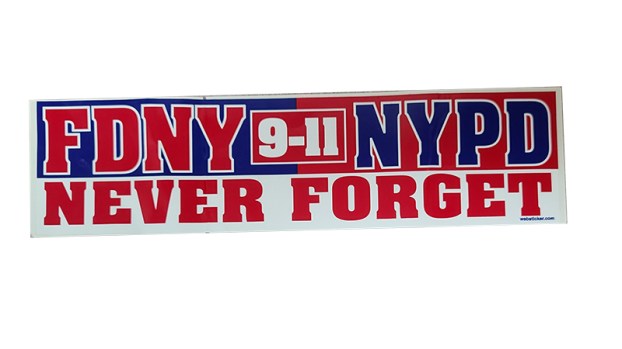 Twenty-one-year-old memories can still be fresh.

For Richard Lewis, his memories of the Sept. 11, 2001 attacks on the twin towers of the World Trade Center are still indelible, choking up when recalling specific memories of being at Ground Zero.

Lewis, a retired New York Police Department officer, went there within about three hours to help in the initial search and rescue effort. The former detective returned, day after day, ministering to those involved in the recovery and clean-up efforts.

Living in the Jamaica, Queens area of New York City, Lewis learned of the attack in a phone call from his daughter.

Nearly 3,000 people died as a result of the attack on the World Trade Center, the Pentagon and near Shanksville, Pennsylvania — 2,753 people were killed in New York, another 184 people were killed when another hijacked plane, American Airlines Flight 77, slammed into the Pentagon at 9:45 a.m., while 40 died on United Airlines Flight 93 as that plane crashed into a field near Shanksville, Pennsylvania at 10:10 a.m., according to the 9/11 Memorial and Museum website.

“I had to go down there,” Lewis said. “I’ve never seen nothing like that.”

Though by that time Lewis was an active member of the Police Officers for Christ, it wasn’t his reason for heading to the scene. He felt called to do something.

Lewis, who had a decorated career with the NYPD, receiving more than 70 citations and commendations from 1968 to 1988, immediately got dressed in fatigues and boots, jumped in his car, and headed to the scene, using his police badge to get past areas where police had already blocked off.

He recalled driving across the Brooklyn Bridge on his way to Ground Zero, and seeing people walking in the opposite direction, their faces and clothes covered in white soot.

He arrived around 11:30 a.m., after both towers had fallen, and did not leave until the following morning, about 18 hours later. Lewis returned daily for more than nine months, staying until May 30, 2002, the close of the 9/11 recovery operation and the date when the last piece of World Trade Center steel was ceremonially removed.

He, too, would be covered in white soot himself — initially receiving just a surgical mask to cover his face — as he helped dig through rubble in the initial search for people who may be alive—the bucket brigade he was with helped to find two people alive in the hours after the attack.

Lewis learned later that some of the white soot he and others were covered with were the ashes from burned bodies.

He got as close as he could by car before walking the rest of the way, passing by abandoned food stands, businesses and other police as he made his way to Ground Zero.

He joined a bucket brigade, standing on debris from the twin towers, including twisted metal, I-beams, cement or more, that measured about four stories high.

They called it the Pile.

They dug through the debris by hand for all of the first day, since the cranes had to dig themselves in. At the time, Lewis said they worked under the assumption that many bodies were still trapped alive.

“We still had hope, and then about an hour or two hours into our digging — the construction workers digging were brave — we dug a hole where they could go down in there,” Lewis said.

First, his group found a Port Authority officer, digging the rubble out from around him, but his legs were still pinned and his clothes singed. They called for doctors, Lewis said, but they were too scared to go down in the holes, worried that shifting debris would have collapsed upon them.

They got one other person out alive, but they did not find anyone else.

He worked at the Pile for about two months before shifting to help with water and supplies for first responders, and also ministered through the Police Officers for Christ and the Ministers Emergency Response Team.

During that work, he recalled speaking to a fireman whose mind “was somewhere else.”

“He took off his fire helmet and took a picture out. He said, ‘I lost my sons,’” Lewis said through tears. “You should see this guy. Oh my God. Something hit me, the way he told me. He was retired. He was retired. Put on his uniform. He was out there looking for his kids.”

One of his kids, Lewis said, was a firefighter, too, the other a police officer.

Other people Lewis would meet came to Ground Zero to see the debris, for closure.

They had lost someone to the attack too.

The events for Lewis have continued to touch him, and throughout his home are reminders of that day, and the months, following the 9/11 attacks. He hopes the younger generation who were not around when they happened will understand their significance and impact.

“It made me appreciate life more,” Lewis said, “and it made me look at myself and how blessed I am.”