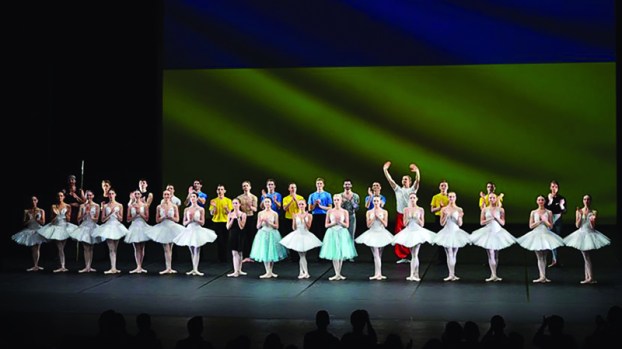 The Kyiv City ballet is featured in a photo showing the group that left Ukraine the day before Russia launched its invasion of their country. The ballet company has remained in Paris since that time, but is now on tour in the U.S., with its next stop here. 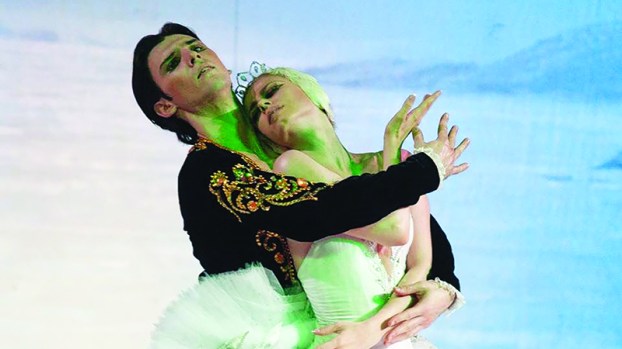 This photo is from a scene in Swan Lake, set to be performed at 7 p.m. Thursday, Sept. 22 at the Suffolk Center for the Arts. 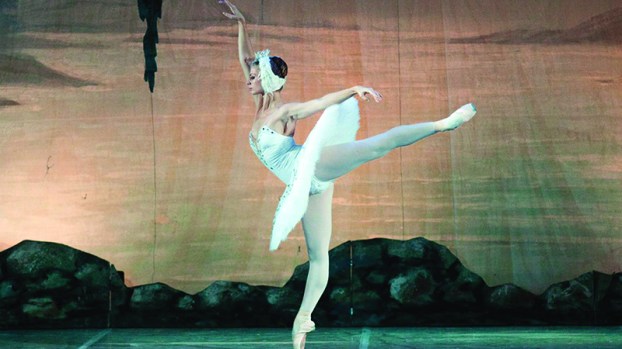 This photo is from a scene in Swan Lake, set to be performed at 7 p.m. Thursday, Sept. 22 at the Suffolk Center for the Arts.

Despite not being able to return home to what has been a war-torn Ukraine over the past seven months, members of the Kyiv City Ballet have continued to take refuge in Paris and now, are embarking on its first-ever U.S. tour, which includes a four-day residency in Suffolk and performances at the Suffolk Center for Cultural Arts beginning Monday.

Ballet director Ivan Kozlov offered thanks to their friends and supporters in Europe and across the world for supporting them and allowing them to dance even as war rages in their country. He said in a Zoom interview from Paris prior to leaving for the U.S. tour that the ballet company had already received many messages of support from the states, also.

Paris was where the ballet had flown to Feb. 23 to perform a children’s version of The Nutcracker. The next day, war began in Ukraine and the ballet has been in “the city of light” ever since.

“We just want to share what the Kyiv City Ballet has to offer,” Sheffield  said. “It’s just the beautiful aesthetics of ballet and parts of their culture.”

Her role is to support the ballet in whatever its needs are during the tour, which was scheduled to hold its first U.S. performance Friday in Wilmington, North Carolina followed by another in Charlotte Sunday before it arrives in Suffolk, where it will mark the third of 12 stops on the tour, but its only residency during its U.S. stay.

“Our mission here is to have Kyiv City come and share their artistry and the love of dance,” Sheffield said.

The U.S. tour includes a performance of a full-length Swan Lake, and a second, mixed repertory program of two ballets, a neo-classical performance of Tribute to Peace and the Ukrainian folk dance Men of Kyiv. Two of Ukraine’s star ballerinas — Krystina Kadashevych and Oksana Bondarenko — perform with the company on its tour. The company’s principal dancer, Vsevolod Maevskiy, is a former soloist of the Mariinsky Ballet and a former student of Kozlov’s.

“Every performance is like something new, you feel new emotions, with a new audience,” Kozlov said.

While the circumstances make it difficult to dance, they are doing it, Kozlov said, for more than just themselves.

“We are, all the time, (connected) to our relatives over there, and we can hear the problems that are still there,” Kozlov said. “The war is still there. It’s not safe. It’s no place (for) culture right now as much as before. But still, we are motivated to help our relatives and motivated to show the strength of our country, to show our resilience. This keeps us up. We’re motivated.”

Kozlov said they are representing their country.

“We’re not representing just ourselves or Kyiv City  Ballet, we are representing Ukrainian culture,and the possibility of freedom of the Ukraine,” he said. “We want to dance, we want to work, we want to show the world that we are a good country and good people.”

Sept. 20 – Suffolk Center for Cultural Arts will host an educational program for schools and two master classes, All day.