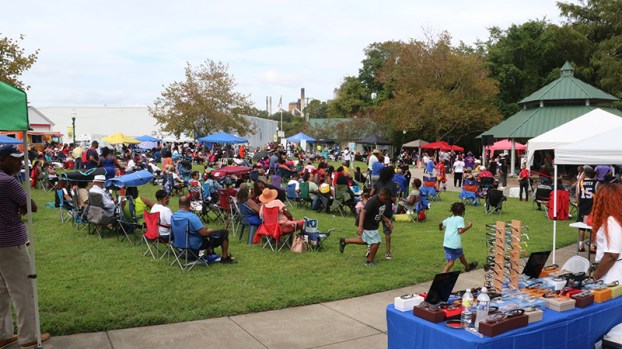 Riverfront Soul Festival attendees start dancing to the music Saturday, Sept. 10, including the children in the foreground, as a packed crowd looks on at Barrett’s Landing 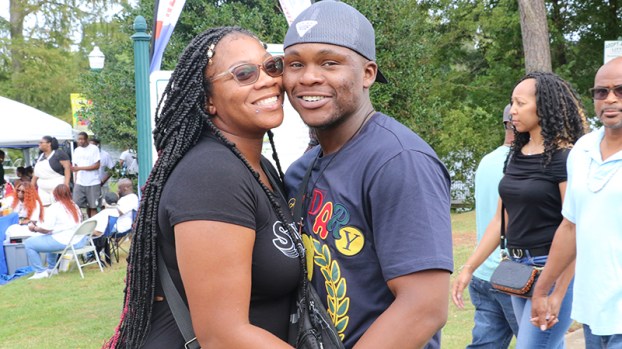 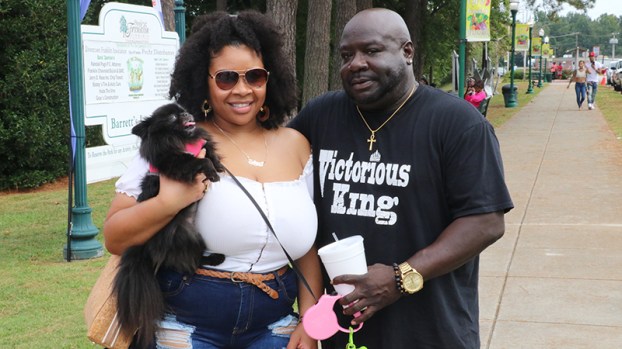 Stopping for a photo at the Riverfront Soul Festival on Saturday, Sept. 10, are Edrea Dye and Donald Dye. Edrea is holding her dog, Aria. 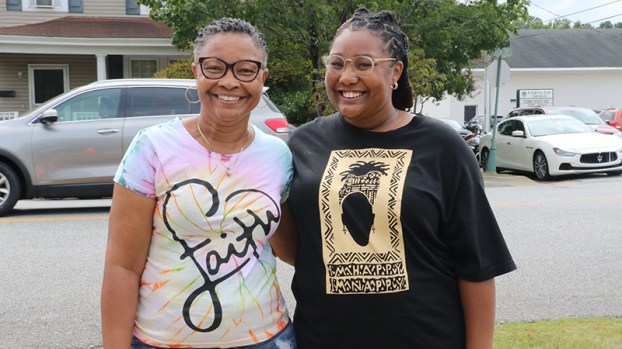 The Riverfront Soul Festival grew from a one-day event in its inaugural form in 2021 to a three-day event in 2022, with almost 3,000 people attending the event across its Sept. 9-11 run this year.

“It was very well-sponsored,” Majette said. “A lot of folks came through throughout the day, great speakers.”

On Saturday, the festival moved to Barrett’s Landing in downtown Franklin, with live music, including R&B, jazz and more.

On Sunday came a worship service and gospel music showcase that was originally planned to take place at Barrett’s Landing.

“We moved everything because of the weather report,” Majette said.

The festival’s partnership with Camp Community College was key in transitioning Sunday’s events indoors to the Workforce Development Center.

He emphasized that attendees came from a wide variety of places, including not just Franklin, Southampton County and Isle of Wight County but also elsewhere in Hampton Roads, like Suffolk. Beyond the local area, there were also attendees from northern Virginia, Maryland, Pennsylvania and New Jersey.

He also noted that the vendors involved with the event made good money, and he expressed gratitude to the city for its support of the festival.

“The city of Franklin, I’ve got to give them kudos — they embraced it,” he said.

He indicated that there would be television coverage highlighting the large crowd that came to Franklin.

“We’re adding another component to it, hopefully in partnership with Camp Community (College) — a golf tournament,” he said.

He also noted that the health and wellness emphasis will be back.

“We’re also going to be adding a kid’s zone, make it kid-friendly with bounce houses and all these other activities for children,” he said.