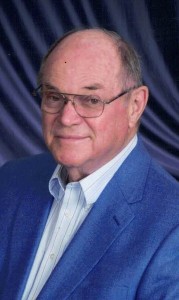 Robert C. “Bob” Taylor, 81, passed away peacefully in his home on Sept. 17, 2022, surrounded by his loving family. He was preceded in death by his mother, Eunice Byrd Taylor; his father, Charles Russell Taylor and four siblings, Edward, Raymond, Jean and Faye.

Bob was a lifelong resident of Suffolk, who graduated from Suffolk High School, where he was a star athlete. He was the successful business owner of Suffolk Tire Company, where he spent a 47-year career. Bob was widely regarded as an honest businessman and was a fixture in the Suffolk community. He was a long-time member of St. Mary of the Presentation Catholic Church.

Bob was an avid beagler, with seven field trial champions to his credit. In 1990, he was inducted into the Virginia Beagling Hall of Fame. He was also an ardent gardener. He and Shirley always grew a bountiful vegetable garden and he was ever in pursuit of the perfect tomato. Other interests included spending time outdoors, reading westerns and quality time spent with his family.

A Catholic mass will be held at 10 a.m. Thursday, Sept. 22, at St. Mary’s. A procession to Holly Lawn Cemetery will follow. The family will receive friends from 6:30 to 8 p.m. Wednesday, Sept. 21 at R.W. Baker & Co. Funeral Home and Crematory, Downtown Chapel. In lieu of flowers, donations can be made to the Nansemond-Suffolk Rescue Squad. Online condolences may be registered at RWBakerFH.com.