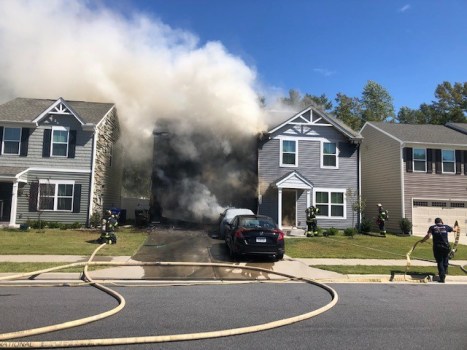 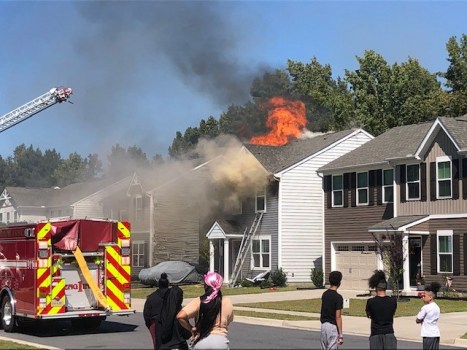 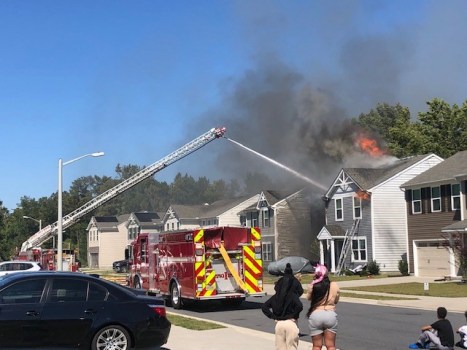 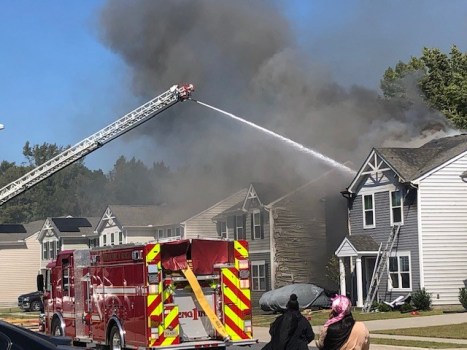 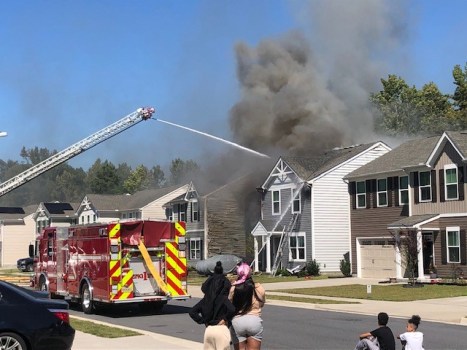 Suffolk Fire and Rescue responded to the call when Emergency Communications received  the call at 1:09 p.m.

Three units arrived on the scene at 1:16 p.m. to find heavy fire and smoke showing from a two-story detached residential structure.

All occupants were outside of the structure when firefighters and medics arrived. Firefighters were able to rescue a family pet that was trapped inside.

No firefighters or civilians were injured.

The American Red Cross is assisting four adults and two children that are displaced by the fire.

The cause and origin of the fire is under investigation by the Suffolk Fire Marshal’s Office.