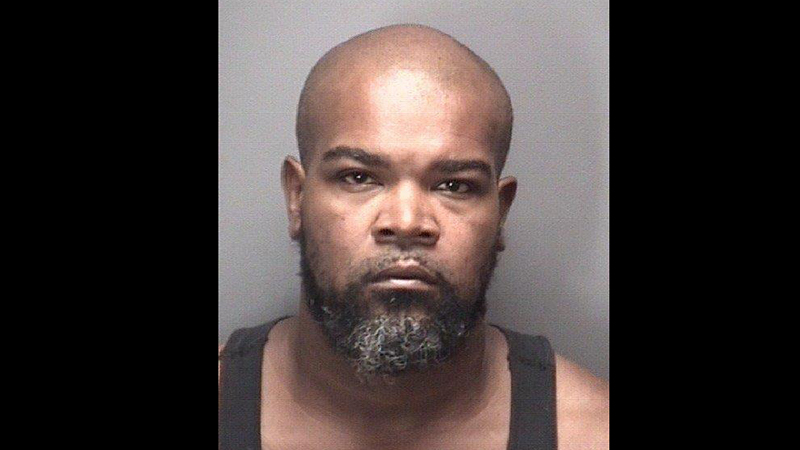 Antonio Larnell Melton, 38, of Suffolk, was arrested “a short time later” after the shooting and charged with second degree murder, use of a firearm in the commission of a felony, the possession of a firearm by a violent felon and a felony charge of reckless handling of a firearm.

“We have no indication at this time, through the investigation, that the shot was intentional,” Chandler said.

In a four-minute press conference, Chandler said the city’s 911 center received the call around 9 p.m. in response to a shooting involving a 4-year-old in the 200 block of Pine Street.

Melton arrived home, went into a bedroom and was unloading a firearm that Chandler said he was carrying illegally when it discharged. The bullet from the firearm went through an interior wall of the residence and struck the child while he was playing in his bed.

Melton went into the child’s room, and, believing the child was dead after seeing he was struck by the bullet, he fled the scene, Chandler said. The mother, who was asleep at the time, woke up and first looked outside the home, believing the sound had come from there.

She then went back inside to check on her children when she found her son, Chandler said.

“Waking up disoriented, she thought the sound was from outside,” Chandler said of the mother. “She went outside to check, and then, as any mother would do, she checked on her children. And that is when she found her son.”

Suffolk Police and Suffolk Fire & Rescue were called and the boy was treated at the scene before he was taken to an area hospital, where he was later pronounced dead from his injuries a short time later, Chandler said.

Police soon caught up with Melton after a motor vehicle crash, finding him a short distance away and arrested him, the police chief said. Police ultimately found the weapon.

Chandler declined to say whether Melton was injured in the crash, saying he didn’t want to get into the investigation because the crash was “not material to this specific (incident).”

“This tragedy serves as another reminder of the importance of responsible gun ownership and gun safety,” Chandler said. “The Suffolk Police Department and the Suffolk Sheriff’s Office provide gun locks free of charge to the public.”

Mayor Mike Duman, in a statement provided to the Suffolk News-Herald, said the city “must be unified and resolved in our efforts to reverse this disturbing trend” of gun violence.

“There is nothing more tragic than the death of a child,” Duman said. “It is especially disconcerting when the cause of death was from the discharge of an illegally-owned firearm. I know that safety is of utmost concern to our citizens. As such, it demands the highest priority and allocation of city resources. I want our citizens to know that we are actively engaged in local and regional efforts to address and reduce violence in our city.

“Our hearts are broken as we offer prayers and condolences to the family.”

The boy’s name is being withheld at the request of the family, Chandler said, and through a spokeswoman, declined to say whether drugs or alcohol were involved, citing the ongoing investigation.

Melton is currently being held at Western Tidewater Regional Jail, where online jail records indicate he was booked at 6:02 a.m. Sept. 26.

Deputy Commonwealth’s Attorney Susan Walton said via email that the possession of a firearm by a convicted felon charge will be designated to Juvenile and Domestic Relations Court “to be heard with the other charges that are currently pending in that court.”

“This is routine in situations where there are ancillary charges pending in two different courts so that all of the matters can be heard simultaneously,” Walton said.

Police are continuing the investigation, and are not releasing any more information at this time.

If anyone has information regarding this incident, please contact Suffolk Police or Suffolk Crime Line.  To submit online, go to www.p3tips.com, visit the Suffolk Police Department website (www.suffolkva.us/spd) and look for the Suffolk Crime Line link, or go to the Suffolk Police Department Facebook page at www.facebook.com/suffolkpolicedepartment. You can also call 888-LOCK-U-UP, 1-888-562-5887, Option 5. Once a person submits a tip, they will be given a TIP ID and password. With this information they can login at p3tips.com and submit follow-up information, engage in two-way dialogue, be informed of the outcome of the tip, and access any pertinent reward information.