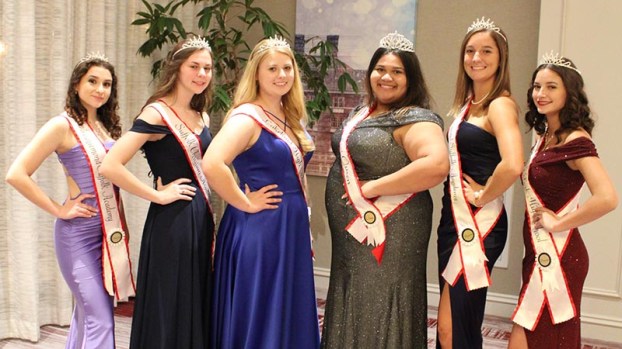 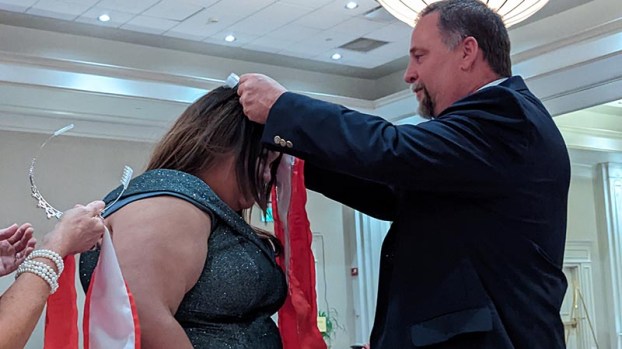 It was hard to tell who was more nervous before and during the 2022 Suffolk Peanut Fest Queen’s Banquet and Fashions — Taylor Rockett, or her mother Tiffany.

While mom’s nerves showed as she didn’t eat anything throughout the day and during the banquet, Taylor said she was more nervous because she had to go on stage in front of the large crowd in attendance at the Hilton Garden Inn-Suffolk Riverfront.

For Taylor, 17, a senior at Suffolk Christian Academy, those nerves didn’t show, as she was crowned Suffolk Peanut Fest Queen Wednesday.

“I was a little nervous, and I wasn’t expecting this at all,” Taylor said, “but it was really amazing to get this honor to be the queen of the Suffolk Peanut Festival for 2022.”

Each participating princess was nominated by her school based on a creative essay interpreting the festival theme, “Broad Stripes, Bright Stars, Patriotic Guitars: A Tribute to Our Hometown Heroes and the Red, White and Blue.” It also factors in academic success, extracurricular activities, awards, achievements and community involvement.

Taylor’s essay focused on the military service of her grandfather, and after she was crowned, she read the essay to the audience.

“When it comes to hometown heroes, my grandfather comes to my mind,” Taylor said as she read from her essay. “He served in the Navy from Aug. 26, 1978 until retirement in June of 2000.”

In her essay, Taylor wrote about the men and women who put their lives at risk through their military service, calling on people to not forget those who died in that service and to remember the U.S. flag.

She said the festival’s theme this year “hits home for me as a granddaughter of a veteran who has served this great nation.”

Answering the questions was the most challenging for Taylor, citing the big audience in trying to stay focused. Her question asked her to recount a time when she overcame defeat.

“A time that I overcame defeat was when I decided to play basketball for the first time, and it was very nerve-wracking because I was going against other athletes who had more experience than me, and I had to learn everything from the beginning, such as all the calls and plays and all of the defensive and offensive skills. That was a time that I overcame defeat.” Taylor said.

Taylor said some of her favorite memories from previous Peanut Fest’s include watching fireworks with her friends, many of which she’s had since she began kindergarten at SCA, getting to spend quality time with them outside of school and trying out the unique and different food.

Taylor said a friend encouraged her to participate to have the experience, and that experience turned into something more.

“I never expected to be queen out of this,” Taylor said. “I was happy with being princess, but I was just thrilled to be the queen.”

Mom was beaming after her daughter was crowned queen, but her nerves still hadn’t settled enough to eat.

“I’m extremely proud,” Tiffany Rockett said. “Overwhelming to say the least, just a great experience, just taking it all in one step at a time.”

Taylor said she would savor the experience during Peanut Fest, to be held Oct. 6-9.

“It’s going to be amazing,” Taylor said. “It might be a little overwhelming, but I’m just going to speak to everyone and greet them, and serve my city.”