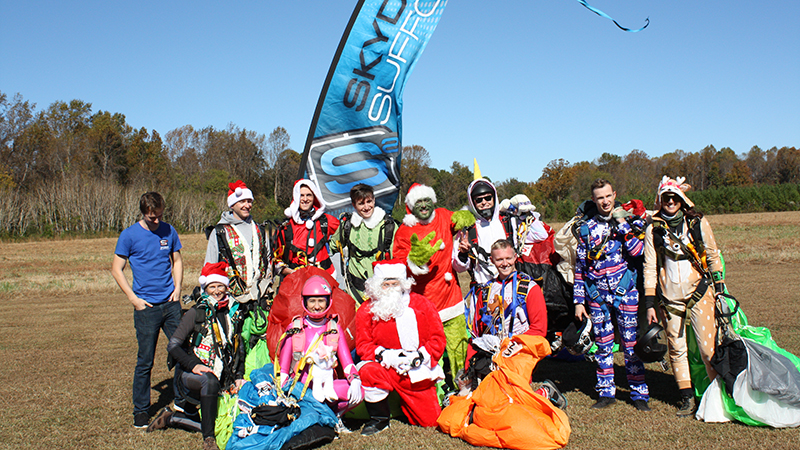 The holds its The 18th annual Toys for Tots Fun Fly takes flight Saturday, Oct. 15 to provide toys for children in need.

Sponsored by the Hampton Roads Radio Control Club the event runs from 9 a.m. to 1 p.m. at the Club Field off Pembroke Lane.

Hampton Roads Radio Control Club board member and event coordinator Mills Staylor stressed the importance of providing donations to children and shared what attendees can expect at the Fun Fly.

“We are going to kick it off at 9 am, we will raffle off a radio controlled airplane and the radio transmitter that you need to fly one as well,” Staylor said of the Fun Fly.

“We sell the tickets and the club actually donates the prize, that’s kind of our contribution to Toys for Tots along with providing the event.”

Staylor said there are a lot of activities for those who attend the event, including a candy drop from the remote-controlled airplanes.

“During the event, we have a couple of things, we do what’s called a ‘candy drop’ for children,” he said.

“Some of the remote control airplanes have a little drop box on the bottom that can be opened up in the air. So we get the kids off to the side and we take the planes off and we bring them over generally at the end of the runway that we have, and they’ll open the box and drop the candy and the planes flies out of the way and we let the kids run out on the field and pick up some candy.”

Staylor said their airplane combat activities often bring the most excitement from those attending.

“We also have radio-controlled airplane combat. A lot of the planes are made out of foam and they’re powered by electric motors and lipo batteries… and these are probably 33, 35 inch long flying wing and they put streamers on them, and then they all take off, the hand launched planes, they go up and they try to clip the paper streamers from each other’s planes — sometimes they hit, sometimes they crash, but it’s fun to watch. I mean, it’s like aerial planes trying to go after other planes. Everybody gets a kick out of that.”

Skydive Suffolk also plans to attend the event around 11:30 a.m. to have parachuters jump from actual airplanes.

“There will actually be coming over in real airplanes and jumping out of the planes with the parachutes on and then landing on the field there,” Staylor said.

“In past years, the jumpers actually dressed up in costumes — like there would be a Santa Claus, and a Grinch, and elves and all kinds of cartoon characters.”

Providing Help for Children in Need

In addition to the day filled with fun, Staylor said what is important is supporting  the Toys for Tots program to raise funds and provide new toys for children in need.

“Obviously the whole reason for doing this is to raise money and get some new toys to provide for the local Toys for Tots program,” he said.

“We’ve been very successful at this. This is kind of a way we like to pay back to the citizens of the city, because we have a great flying site that’s part of a city park. So, this is kind of a ‘OK, thank you for letting us have this facility — here’s something we can do back for the community.’”

Staylor shared why this is personal for him when he worked with Toys for Tots in the past to provide help for a parent and her daughter.

“I have a little tax business and back…gosh it’s probably been 10 years ago or more… So we actually did a toy distribution at my little tax shop. We set it up just like they did the main one. We caught the late filers, the folks that had applied, and they do this through social services.”

He said folks with social services screen everybody and determines who needs assistance.

“ I think we handled about 150 people in a morning and afternoon session. One of my sons helped me out that day, and he’s a tough guy, he came in and he just helped a lady,” Staylor said. “He loaded her toys for her kids in her little car… and they given her a great big black trash bag, so they put the toys in there for her and they get three for every kid to have. ”

Staylor said his son seemed to notice that something still was a miss after helping the woman and her children.

“She was standing there and he asked her, ‘…Something seems wrong. What’s wrong?’ and she said, ‘Our house burned two nights ago and all the kids’ toys were destroyed.’ And she said, ‘My little girl really wanted a bicycle…and so we’re just going to be able to get it for her.’ And he said, ‘You stay right there.’”

Staylor spoke about how he saw the emotion in his son after the woman telling him she couldn’t afford her daughter her biggest wish.

“Well he came here to me and he had tears in his eyes and he said, ‘Dad, didn’t you tell me you had some bicycles?’ I said ‘Yeah. What’s the situation?’ He told me… so I went in there and I asked to talk to the lady. I said ‘Tell you what, we don’t have a lot of them, but we got a few. You just pull around to the back when you leave.’ And so anyways, I met her at the back door and gave her a brand new little girl’s bicycle.”

Lastly, Staylor said  he and his son were affected by this experience.

“When we came in, we stood in the back room crying, the both of us. It was so touching,” he said. “But that’s the kind of stuff that you see and you do and you’re helping some folks that just don’t have as much as we have. It’s a wonderful program.”