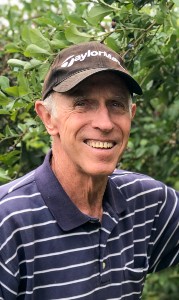 Benjamin E. Womble Jr., 76, of Midlothian, (formerly of Williamsburg, Northern Virginia and Suffolk), went to be with the Lord on Oct. 1, 2022.

Ben was born in Suffolk on April 20, 1946. He was preceded in death by his parents, Mattie May Hobbs and Elbert Womble of Suffolk. He is survived by his beloved wife of 52 years, Gail Gates Womble; three children, Kelly Womble Winn of Midlothian and her two daughters, Piper and Teagan Winn; Mark Womble of Redondo Beach, Calif. and Tim Womble of Charlotte, N.C. and his sister, Treva Womble Williams of Tucson, Ariz.

Ben was a loving and devoted husband, father and grandfather. Family meant everything to him, and the way he lived his life reflected that honor and commitment. His strong faith in his Lord governed every aspect of his life.

Ben graduated from Suffolk High School in 1964. He received his bachelor’s and master’s degrees from The College of William & Mary where he was an outstanding student-athlete. He loved sports, particularly baseball and golf. He won the Virginia Public Links Tournament in 1971 but was unable to compete in the national tournament because of a travel commitment to Europe at the same time. Ben spent 30 years in Arlington and Fairfax County schools coaching and teaching. His career was a true calling. He was an outstanding mentor and colleague.

The family would like to express their appreciation to the staff of Arden Courts Memory Care Center, Midlothian. Remembrance donations may be made to the Alzheimer’s Association. Per his wishes, services will be private at the William & Mary Memorial Garden.