Suffolk man charged in shooting that injures one 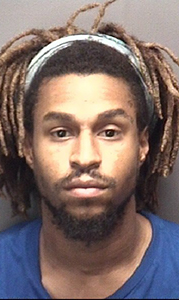 A local man is charged in connection with an Oct. 26 shooting that injured a Suffolk woman.

Suffolk Police said in a news release that a 25-year-old adult female was dropped off at an area hospital at about 3:34 a.m., Wednesday, Oct. 26 suffering from a non-life-threatening gunshot wound.  The preliminary investigation revealed the incident occurred in an apartment located in the 1100 block of Knotts Pointe Lane, police said.

The preliminary investigation also determined that an infant juvenile was present while the incident occurred. The child was not harmed.

Police identified the alleged shooter as John Samuel Miller IV, 29. Miller was taken into custody and charged with three felonies — possession of a firearm by a convicted felon, discharge of a firearm in an occupied dwelling and cruelty and injuries to a child.

He also faces a misdemeanor charge of reckless handling of a firearm.

Miller is being held at Western Tidewater Regional Jail.

No other information on the shooting or the condition of the victim is available.