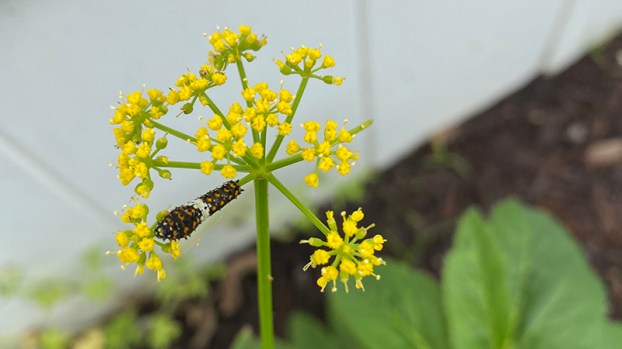 Lindsey Schofield documented the progress of the family's wildflower garden by taking photos through the process. These pictures show the plants added to create a habitat that will not only reduce flooding in their yard, but also serve bees, butterflies and other creatures that help fend off flies and mosquitoes. After starting the project, Lindsey learned about the National Wildlife Federation's certification program and decided to pursue earning the habitat sign for display in their yard. The project was a family effort that included her husband and children. 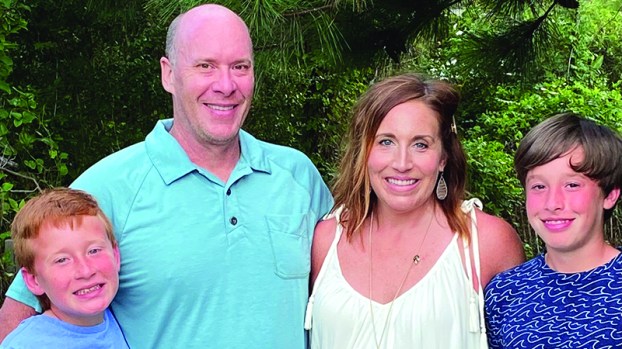 Aero, Dan, Lindsey and Aksel Schofield undertook the wildflower garden as a family project, earning the wildlife habitat certification for their hard work. It paid off by eliminating the water issues and helped control the mosquito problem they were experiencing due to the wet conditions. 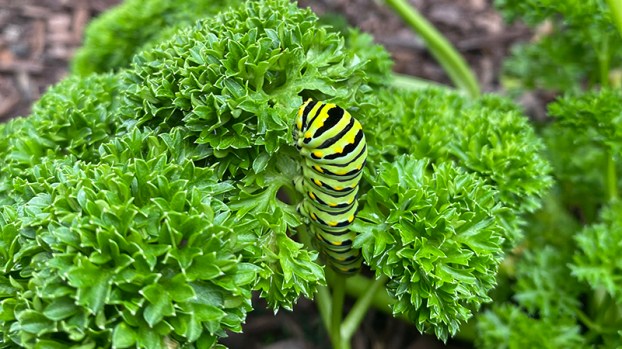 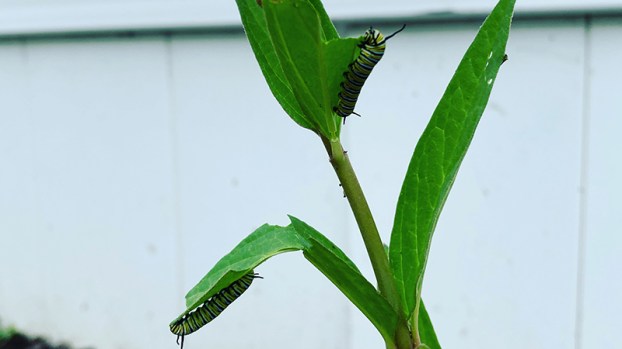 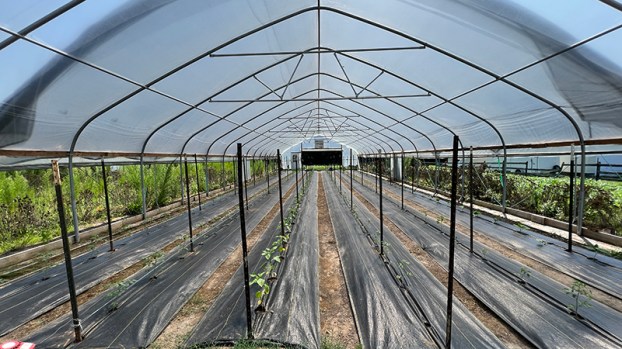 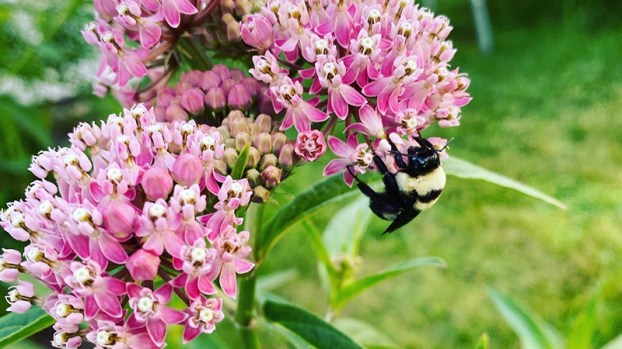 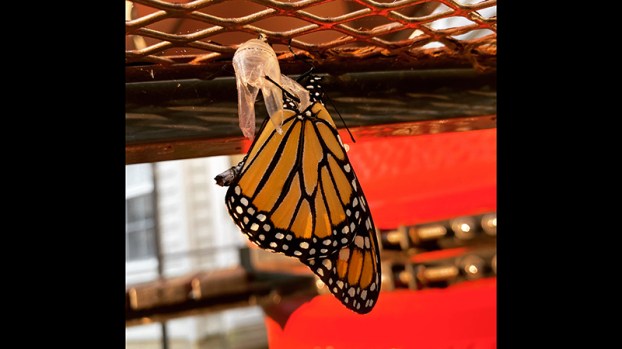 Story by By Faith Redd

A Suffolk family took on a pandemic project that has blossomed from a flourishing garden to a certified habitat.

Lindsey and Dan Schofield along with their two sons, 12 and nine, moved to North Suffolk during the COVID-19 pandemic in 2020. The family experienced issues with water drainage after noticing their garden was constantly wet, according to the Schofields. The standing water in their backyard attracted flies and mosquitoes that were laying eggs.

Dan graduated with a bachelor of science in natural resources specializing in wildlife management from Ohio State in 2001. Their first option to fix their yard was to install a french drain, though, with Dan’s background knowledge he decided planting native Virginia plants that like water was a better alternative.

“It’s taught us all,” said Dan. “A nice thing is that my kids get to see these natural processes play out where they can just walk out the backyard and see the plants that are being pollinated”

The family started its garden by planting seedlings in the fall. In the beginning stages things looked scarce, according to Lindsey.

“It looked like all these little seedlings that we just bought were dying, but then just patiently in the spring things just started blooming and growing and now the area has completely filled in,” said Lindsey.

The Schofield family purchased three praying mantis oothecae, which usually contain 50 to 200 baby praying mantises inside each one, Lindsey said. They put them in large jars and kept an eye on them. As they began hatching they were placed in the garden as a natural pesticide to help keep the aphids, insects and other pests away.

The garden also has three bird feeders, a bird bath and three “insect hotels” for bees, butterflies, wasps and other pollinators to harvest their larvae inside.

It wasn’t until that May, following the start of their garden, that Lindsey found out about the National Wildlife Federation (NWF) garden certificate. She said she was visiting her mother in Indiana and they were out taking a walk. Surprised and intrigued by a NWF certified habitat sign, she took a picture and began her research.

The National Wildlife Federation is America’s largest conservation organization whose goal is to “increase America’s fish and wildlife populations and enhance the capacity to thrive in a rapidly changing world,” according to their website. The federation offers the option to certify your garden as a wildlife habitat.

To certify your garden you must complete all requirements. Requirements include having five elements– food, water, cover, places to raise young and sustainable practices. The checklist can be found on the NWF website.

After completing her research, Lindsey realized they only had a few requirements to check off on the certification checklist. They decided for their family summer project they were going to finish the garden and get it certified.

The certification process didn’t take long and it wasn’t difficult, according to Lindsey. One of the last few things they had to check off the checklist was purchase a nesting box for more shelter. Lindsey and her two sons gave Dan the nesting box as a Father’s Day gift.

After Fathers Day weekend they were able to apply for the certification and by the second week of July they received their sign.

There is a $20 fee to become certified and obtaining the sign requires additional payment. Payments go toward the National Wildlife Federation programs to protect wildlife and habitats.

The most difficult thing to accomplish on the checklist was actually planting the plants and the expenses, according to Lindsey.

Though they are now able to reap the benefits.

As a result of creating their garden, they have seen a reduction of pest species and an increase in pollinators, according to Dan. The plants support wildlife and native species that can live in the area.

The family also was able to solve their original drainage issue, along with benefiting the environment, Dan said. The garden controls the water by holding it and letting it soak into the ground and reduces runoff which is good for groundwater systems.

“It completely resolved the issue,” said Lindsey. “Even after downpours of rain, it gets very wet, but it’s all soaked up. The fly and mosquito problem is way less than what it used to be and we’ve just had a lot of fun identifying. We’ve had about four or five different species of butterflies, including monarchs and swallowtails being the majority. We’ve seen a lot of different species.”

Lindsey hopes to have improved the community by encouraging others to start their own garden to increase pollinators, she said.

“It’s just so fun to know that we are helping the habitats equalize and continue to flourish by just the little garden that we have created,” said Lindsey. “It’s been really amazing.”

Lindsey acknowledged the issue of pesticide use and the bee and butterfly issues that have been recently occurring and thinks “If more people could jump on this bandwagon then we could help tilt the system back to normalizing it in comparison to the unbalanced way things are now.”

There is still a small section in the Schofield’s yard that they plan to expand their garden.
“I just hope to continue to plant things that are going to encourage pollinators and hopefully spread it in my community as much as I can as well,” Lindsey said.