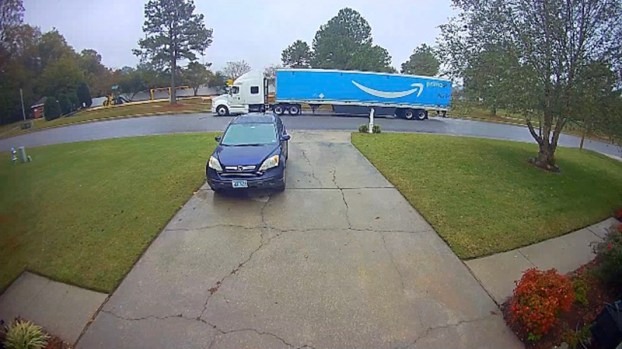 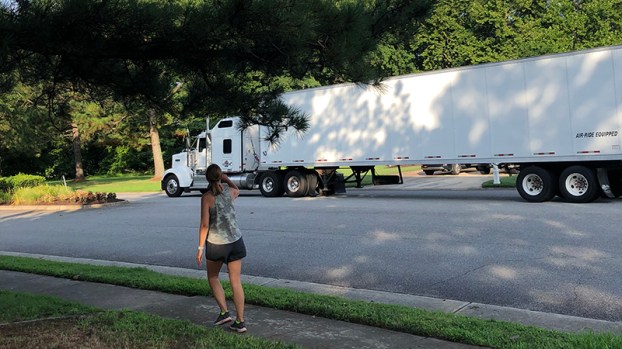 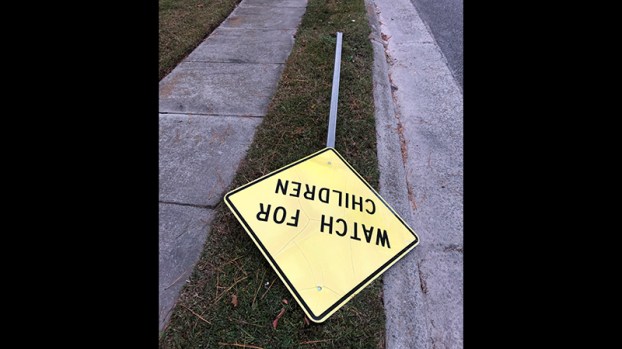 Suffolk Meadows, a North Suffolk residential neighborhood with a total of 240 homes divided by the railroad tracks, has been dealing with issues of train and traffic build-up and warehouse trucks driving through their area.

Suffolk Meadows resident Thomas Rein said these issues raise concerns about the safety along the roads in the community.

Rein spoke about the history of the railroad tracks during his time living at Suffolk Meadows and how issues have increased over the years.

“The railroad tracks were there, they were very seldom used,” he said. “And then I think it was about 14 years ago, I’ve been living here for just less than 20 years. So about 14 years ago, if my memory serves me, there was a couple of meetings with, I think the port, the railroads which is Norfolk Southern and CSX regarding them starting up from VIG, which is the Virginia Port in Craney Island, they had already done that…it’s not my expertise.”

While people spoke out about it, he said he doesn’t want to say they totally ignored what residents were saying but their concerns were not addressed.

“They really didn’t do anything for the neighborhood that time in terms of helping us deal with the changes that were coming,” he said. “Those trains have been coming through and obviously since they’ve dredged them, I guess it’s the bay over there in the channel… Those trains are coming through much more frequently. The houses shake, the foundations crack, the noise, it’s pretty much at least, I’d say between a dozen to 20 times a day those trains are coming back and forth there.”

Rein said some of the trains are more than 3 1/2 miles long, with them traveling through the middle of their neighborhood.

Along with the issues that the train provides, the neighborhood has also seen traffic issues.

Rein talked more about how this affects those living in the Suffolk Meadows community.

“From just a driver’s standpoint in their car, they’re sitting there five, 10, 15 minutes sometimes. They’re like ‘I’m not sitting here any longer,’ they ride on the wrong side of the road on Nansemond Park and Shoulder’s Hill Rd putting other people at risk, as well as themselves, cut into our neighborhood, they’re frustrated. They gotta get from point A to point B, wherever they’re going, I don’t know. They’re speeding through our neighborhood up to 50-60 mph in a 25 mph zone,” Rein said.

He said signs are posted saying “No Trucks.”

But he said he still sees trucks, dumptrucks, tractor trailers and commercial trucks of any kind that cut through the neighborhood.

“We try to talk to them and tell them ‘Hey, you’re not supposed to be here,’ and we get yelled at… but, the city up to this point, has done nothing,” he said.

He said he didn’t count the numbers during the day.

Likewise, Rein reaffirms that he supports Amazon and the other warehouse businesses providing jobs to the city.

Working with the city

Rein said he has been discussing the problem with city officials to see if they can help resolve his issues.

“I reached out to the city, I reached out to Amazon. Again, I’ve been talking to the city,” Rein said. “Vice Mayor Bennett and also Robert Lewis, who is the director of public works, have been nothing but fantastic in helping us trying to mitigate some of these issues of late. But they’ve all seen the issues themselves. They just don’t have the power to do much with it right now. So, the city’s been trying to work with me. I feel they’re sincere. But nothing’s really getting done.”

Rein expressed his frustration with nothing getting to be implemented to help them.

“Everybody’s got ideas, but nobody seems to be able to implement anything, and it’s very, very frustrating for us,” he said.  “We’ve worked very hard. We have our families there to protect. And it’s like, the only thing I hear is about how many jobs Amazon brings.”

He said nobody’s talking about the negative impact that these warehouses have on our families that have lived there, some of them all their lives.

“It’s not just Amazon, it’s all the warehouses up there,” Rein said. “It’s the dump trucks from construction. It’s not just Suffolk Meadows, it’s the people who live up off of Shoulder’s Hill Road. It’s the housing developments they’re looking to put down at Kilby Shores and Cahoon – the Port 460 project they’re talking about. Nobody’s listening to the citizens who live here.”

Likewise, Rein described his understanding of patience, but notes the high importance of the situation.

“We were sending emails, we were making phone calls to the city, and we’re just learning the process too,” he said.

On Aug, 31, he said he and his wife met with the city manager, the director of public works, the vice mayor, and Chief Chandler from Suffolk Police Department. “We sat down before we went there, we put down about a dozen things on a piece of paper, ‘Here’s what’s going on’ and then a dozen requests of ‘Here’s what we’d like to see,.’”

“Again, everyone was very sincere and responsive, but they’ve done a couple studies up there, but nothing’s been implemented,” Rein said.

Hopes for the future

Rein spoke about his wishes for the future of Suffolk Meadows and how he wants everyone to succeed.

“Again, we’re 100% for all these businesses to be successful. Absolutely,” he said. “We just want to live safely. I’ll just say to have a good, if not the same quality of life that we have right now with them being there and sharing it, we want them to work with us to help provide that to us.”

He said the Port of Virginia needs to get involved because their trains are coming right through the neighborhood, adding that they’ve done nothing.

“I’ve not seen one person from the Port of Virginia, I’ve seen nobody from Norfolk Southern,” Rein said. “The vegetation, the roads, the railroad tracks, the railroad crossings are just terrible. All we’re asking is to be good neighbors in concert with all these businesses.”

He said he would love to sit down with all of them and come up with a plan that meets all of us.

“That’s what I’d like to see. Let’s all work together, being more proactive in planning this stuff, everybody needs to take a deep breath right now and figure out what we have, where we want to go before we do anything else,” Rein said.