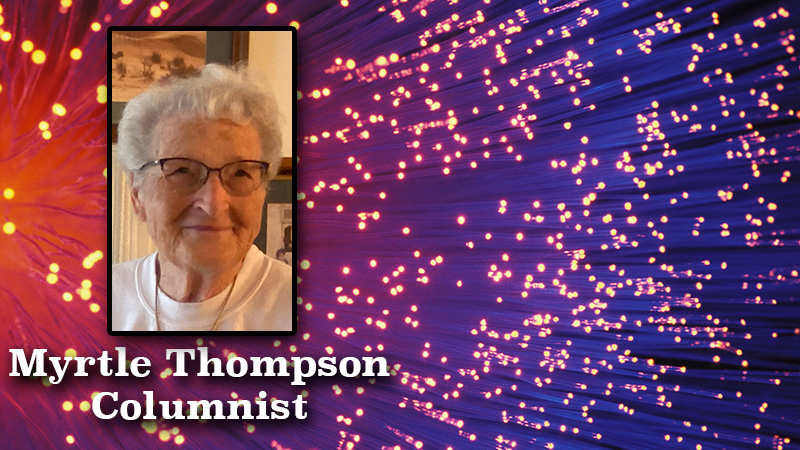 While listening to the news and reading my Bible this morning I was reminded “there is nothing new.” Psalm 2 and many others deal with the anger, hatred and contempt of people everywhere, how whole nations have been affected, plagued with the same things which were problems for people in the past.

There were many ways in which Israel handled them but seemed always to encounter hopeless situations. None of their plans kept them at peace for very long.

They found they had to look to their creator and confess their sins. When they failed to turn to him there were serious consequences. Is there an example today for us in our country?

The coming election and candidates has filled the hours and days on the TV screen.

I am reminded of how the world so often has wanted “change.” Who will become our national leaders and how will they handle the global concerns confronting us? Our country seems to be divided on what kind of leadership we want. There are complaints of every kind, yet no other country in the whole world has been so blessed.

We have easy access to the two major necessities of life — water and food. In my mission ministry overseas, I lived in countries where water is a very precious commodity. In one village it is brought in a sewn-up goatskin from a spring that is a short distance away from our home. Food was very simple, mostly the necessities, nothing like what we find in the simplest nearby grocery stores around us today.

More than bread and water, until recently we have had freedom with little or no fear for the future — freedom of speech, freedom and the means to travel by car, boat or plane, to move around as we pleased, to stay at home and have subsidies from the government or other help, to study and learn — in every way to live as we pleased and make our own choices, sometimes the wrong ones. If we did not like the outcome, there was recourse available.

Has all that freedom left us happy? It has not seemed to be the elixir we needed so now different ideas are proposed and our election results may change the way we are living. We do not know if nor how God will respond in this special time.

We do know the whole world has often been at odds with God’s plans for his creation. The arch enemy of God, Lucifer, has wanted, planned and tried to take control “to set his throne above the throne of God.” In Luke 10:18 Jesus makes only one cryptic statement, “I saw Satan fall from heaven,” removed because he had sinned against God. That battle has continued. The Psalms help to tell us about the “royal” battles which confront us and how to face them. We see some of the destruction caused by evil actions- murders, disregard for law, and power that can dominate.

How do we view this uproar? Hundreds of years ago the psalmist had a similar question. He asked, “Why do the heathen rage and the people imagine a vain thing?” (Psalm 2, KJV.) Other Bible translations put the words in a slightly different way, “Why are the nations in an uproar and the peoples devising a vain thing?”

The next verse is a picture of what was happening, “The kings of the earth take their stand and the rulers take counsel together against the Lord and against his anointed, (saying) “let us tear their fetters apart and cast away their cords from us.” What is the psalmist talking about? He’s talking about power, the rulers who wanted power and control of the world the creator founded.

My personal response? We need to be “prayed up” so we can face anything God allows in our future. We must not forget he is still the one in control of the whole of the universe he created. His love is still abundant. He is all powerful, able to hear and answer when we call on him, asking him to meet with us. I am now 94-plus and since I first put my trust in him at age 16 I have found him faithful.