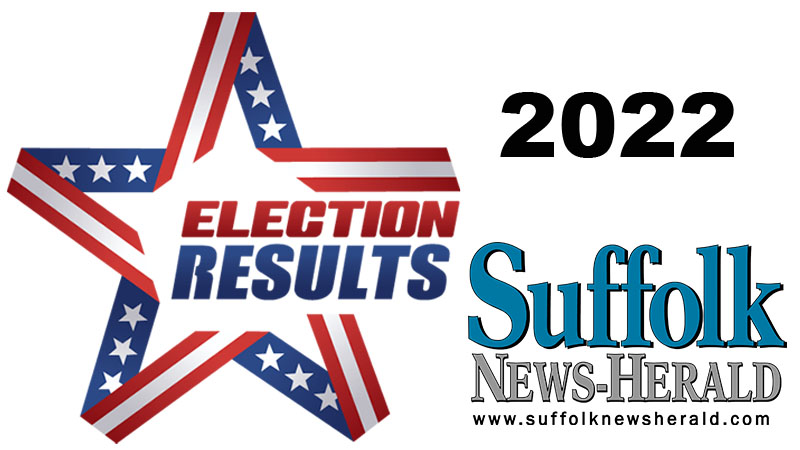 Suffolk voters opted to return incumbents to both City Council and School Board Tuesday.

In the School Board race incumbents Karen L. Jenkins and Tyron D. Riddick are holding onto their posts, while newcomers DawnMarie Brittingham and Kim A. Slingluff won seats.

Timothy Johnson was the top vote-getter in the Holy Neck Borough and Bennett in the Cypress Borough as they won their races, according to the unofficial vote counts Tuesday night. Incumbent Butler-Barlow defeated two challengers in the Chuckatuck Borough.

In the Holy Neck Borough, Timothy Johnson received 5,274 votes in his uncontested race.

“I think that we are very fortunate in Suffolk to have wonderful people running for the positions and I think whoever is elected by the people will hopefully do a tremendous job,” Johnson said.

“I look forward to working with the other members of council that continue to move Suffolk forward,” Rector said Tuesday night in a telephone interview.

In the Chuckatuck Borough, after the Ebenezer precinct came in overnight, incumbent Shelley S. Butler-Barlow held onto the lead she had to win re-election. Unofficial results show Butler-Barlow winning with 2,510, John M. Anderson second capturing 1,627 votes and Patrick L. Bales at 1,331.

DawnMarie Brittingham defeated Julpenia O. Hill in the Holy Neck Borough with 4,104 to 1,744 votes, respectively, according to the unofficial vote counts.

Cypress Borough incumbent Karen L. Jenkins was re-elected in a race where she was unopposed. Unofficial results show Jenkins with 4,493 votes.

Cypress Borough for Suffolk City School Board four more years and I hope that with the things that we have already accomplished that we will take it even farther the next four years and we’ll all be able to work together,” Jenkins said.

In the Chuckatuck Borough, Kim A. Slingluff defeated her challengers after a final precinct came in overnight.

The unofficial vote counts in all races do not include the counts for absentee mail ballots that are yet to arrive. Absentee ballots must be postmarked by Tuesday, Nov. 8, however they have through Monday, Nov. 14. Additionally, provisional ballots are not included in unofficial tallies.

Suffolk General Registrar Burdette Lawrence will begin the process of verifying all returns to make the numbers official Wednesday morning at 9 a.m. as her staff conducts the mandatory canvas.

2 Parks and Recreation locations closed due to water service interruption