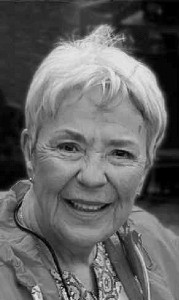 Erika Weiss Butler, age 78, passed away peacefully at home on Nov. 14, 2022, at 5:45 p.m. Her devoted husband, Prince Butler, was by her side, along with her two children, their spouses, eight grandchildren, and her grandson-in-law.

Erika was born in Lichtenfels, Germany on Sept. 9, 1944, to Martin and Hedwig Schuetze Weiss. She was raised and attended school in Lichtenfels and its suburb Seubelsdorf. In 1961, Erika became a professional German Friseur (hairdresser) after studying under a Bavarian Meister. Two years later, she met F. Prince Butler, 2nd Lieutenant, U.S. Army, at a café in Bamberg, Germany. They married a year later on June 26, 1964, in the Standesamt in Bamberg and on June 27, 1964, at a Lutheran church in Lichtenfels.

In 1965, without knowing any English, Erika moved with Prince and their son, Prince Frank Butler, to Virginia, first to the home of Prince’s parents in the Riverview neighborhood of Suffolk and then to Williamsburg. Erika became a Virginia State Professional Hairdresser, working to support Prince’s studies at William & Mary Law School. In 1968, the family moved to Northern Virginia, where Erika continued working as a hairdresser to help support the purchases of their homes in Arlington and Fairfax County. In 1969, they had a daughter, Jennifer Hope Butler. In 1972, Erika became a naturalized U.S. Citizen.

Erika and Prince raised their family in Northern Virginia until 2002, at which time they retired to Ford’s Colony in Williamsburg which Erika herself designed by making a scale model. Erika was a woman of deep faith who invested mightily in her family and friends. Erika and Prince enjoyed 58 years of marriage and shared many hobbies and interests, including biking, skiing, and bridge. In recent years, they spent much time traveling. From Australia to Europe to Asia and throughout the United States, they explored the globe together. Much of the time, they had their kids and/or grandkids in tow.

Erika was an exemplary hostess. Her very lovely home was always open to guests, from family to friends to people she didn’t even know. She considered her home a gift from the Lord, and she graciously shared it with others. She made sure to have a pot of coffee and homemade baked goods at the ready in case someone dropped by. And they always did.

Her home was warm, inviting, and beautiful. Erika was remarkably talented in handicrafts and an ingenious designer. You won’t find more efficiently organized closets, cupboards, and craft rooms than Erika’s — nor guest rooms so well adorned, meals so lovingly prepared, or walls so artfully decorated with her own portraits and paintings. And she passed this down to her children and grandchildren, who follow in her footsteps and carry on this great spirit of hospitality and handiwork.

But what set Erika apart was not her knack for hospitality, generosity, or artistic talents — it was her strong and quiet faith in Christ. She so deeply trusted the Lord that she experienced perfect peace when she learned of her diagnosis, just weeks before her passing. “The Lord is calling me home,” she said, and “I’m ready.”

Erika is survived by her husband, Prince, her children Prince and Jennifer Hope Schaaf and nine grandchildren.

We will miss her dearly, but we know she rests in the hands of our Lord. We invite you to join her celebration of life at 2 p.m. Nov. 18 at Williamsburg Community Chapel, 3899 John Tyler Highway, Williamsburg, or streamed online at wcchapel.org/resources/memorialservice