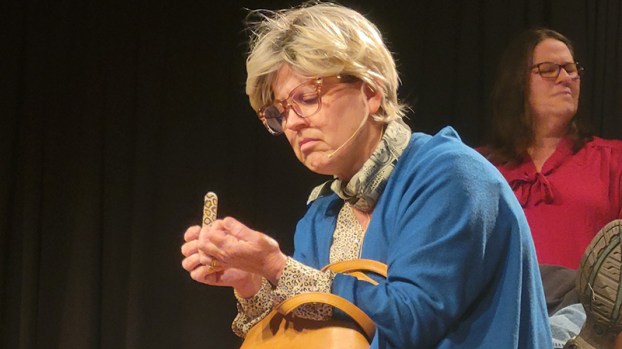 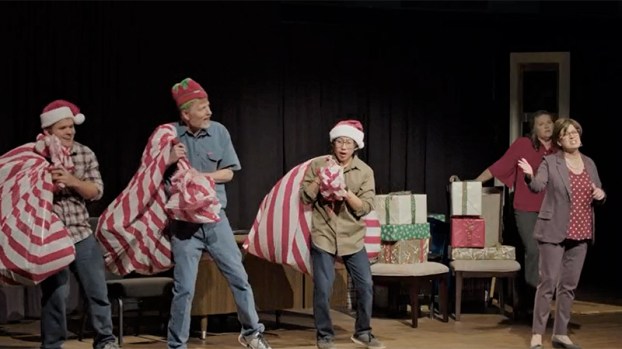 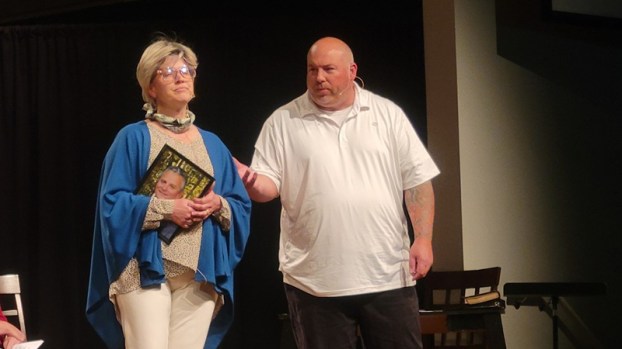 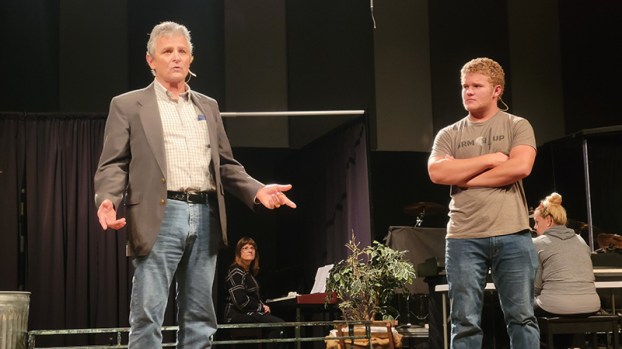 Southside Baptist Church will present a Christmas musical telling the story of a property developer trying to work through her professional and personal issues during the holidays.

The Christmas performances feature original live compositions such as, “The Unbearable Weight on Christmas,” “As He Sees,” and the main theme, “Waiting on Christmas.”

Writer and producer Ernie Chenault and composer and music director Rob Weber shared details of the play ahead of its Sunday premiere, as well as their history in the arts and what they hope people will take from the play.

“We’ve got some very talented people at Southside and it’s been a real joy to work with them,” Chenault said.

Both he and Weber shared details of his history of working in the arts.

“I’ve been producing music for quite a few years, but not in a Musical Theater style.” he said. “So mostly church-based music, but this really stretched me in a different direction in a really fun way.”

Chenault wrote all the lyrics and so Weber said he started with them.

“What I would do is take the lyrics and just turn them over in my head, and begin singing them,” Weber said. “And once I begun singing them, the rest of it just kind of tumbled out.”

Chenault said he enjoys the writing aspect of the art.

“So, I’ve been writing skits and dramas, and plays for decades. I think I wrote my first play back in 1987, so it’s been a little more than 30 years,” Chenault said. “I’ve done it a long time, but I got out of it because you kind of get your life, get your own career, and you kind of go your own way, and I kind of did some fun stuff on the side.”

Chenault explained how he got back into writing plays again.

“But back in 2017, I was challenged to do something for the church,” he said. “I wrote a play… it was the ‘Resurrection of a Convicted Man,.’ It’s about the last week of Christ — the week leading up to his crucifixion and resurrection.”

He said it was very successful and people in the church loved to do it. From there, he said they’ve been doing one or two plays per year that he’s written. This year, he’s joined with Weber to produce.

Chenault said he decided early in the creation process, he wanted “Waiting on Christmas” to be a comedic musical with a nice message.

“I started writing some lyrics. What I was doing is, I would write the play, and I wrote where I would felt like a song belonged,” Chenault said. “I would just write a poem. And then I would ship the whole thing off to Rob and he’d say, ‘Let me work on it’ and that’s how it happened.”

Weber gave his perception of the play with the viewpoint of a viewer, versus Chenault’s view as a writer.

“I described this sometimes to friends as a little bit of ‘A Christmas Carol,’ but that actually might not be totally accurate,” he said. “It’s a story about a woman who has her priorities mixed up and ultimately, it’s the fallout of having wrong priorities.”

He said the story features a property developer who is trying to get an easement before her bank loan has to be renegotiated.

But the easement she needs is from this quirky old guy who is incredibly successful. But Weber said she doesn’t understand why he is reluctant to give it to her.

“This old man, he also has some other interactions with people in the town where he changes their lives just by telling them the story of Jesus,” he added.

Weber’s summary matched with what Chenault was conveying.

“Basically, she’s dealing with two issues in her life that she’s trying to resolve,” Chenault said. “She’s got this professional career issue where she can’t cooperate with Ralph Jenkins for a reason she doesn’t understand. And then she’s got personal issues because she can’t seem to get ready for Christmas primarily because of shipping issues. She’s got this one doll she’s trying to get for her daughter, everything seems to be conspiring against her.”

What Rob didn’t mention, he said, was that Ralph Jenkins is on a quest of his own. He is working to find  to find that he had a child 40 years before, but only now is able to get some information to find them.

“He’s on his quest, and she’s on her problem/resolution train, and they just keep colliding with each other,” Chenault said. “Strangely enough, it’s this very quirky Dr. Erik who holds the key to everything.”

Chenault emphasized that the play can be enjoyed by all ages and praised the music.

Chenault said the music is fun and singable, which he has found himself.

“I’m walking around the house and the tune’s just bouncing in my head – Dun, dun, dun-dun-dun-dun, it just kinda gets in your head, and kind of hangs out forever,” he said.

Chenault said he believes often that Christians get shortchanged on entertainment. But he doesn’t believe that will be the case with this play.

“Nobody’s going to be offended. It’s fun, you’ll enjoy it – everybody’s going to have a good time, and it’s wholesome Christian entertainment,” Chenault said. “Outside of that, what I’d really would love people to say is ‘You know what? Christmas is not just about Santa Claus.”

He said there are a lot of people who have messed up lives and they are often chasing the wrong things at Christmas. He hopes this play will help others get it into the right focus.
“I just want them to get into a period of reflection. ‘You know, maybe I’m not thinking of Christmas the right way,’” Chenault said

Weber agrees, saying he believes those seeing the play will think about what is truly important.

“It makes them think — makes them stop and think about what are their priorities, why are we doing the things we do, and some of these songs with these lyrics might stick in their heads and help them to make better decisions going forward,” Weber said.