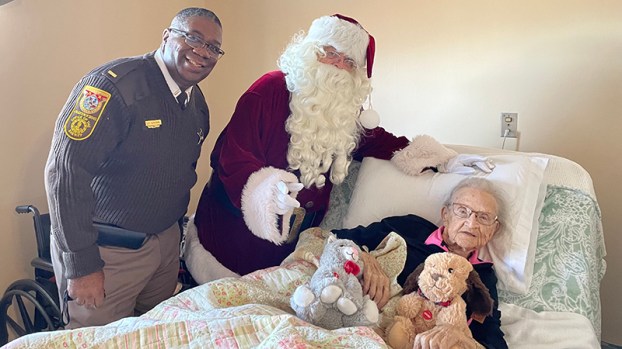 Santa Claus is pictured alongside his mother and Lt. Nate Goodwin. 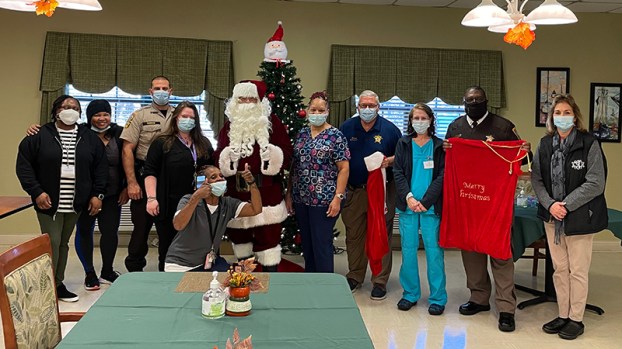 During his time at Concordia Assisted Living, Harris explained the office’s visits to the facilities.

“Every year since 2014 at Christmas time, we visit all of our assisted living facilities in Suffolk, which are four that we visit, and we bring Santa Claus,” Harris said. “We go room to room and pass out Christmas cheer and pass out gifts to the residents.”

The sheriff said the visits mean as much to him and his staff as it does for the residents.

“It does so much for us, for our hearts and brings joy to us, and we want to bring joy to other people too,” he said.

Harris also wants those in assisted living care to know how much he and his staff cares about them in their time of need.