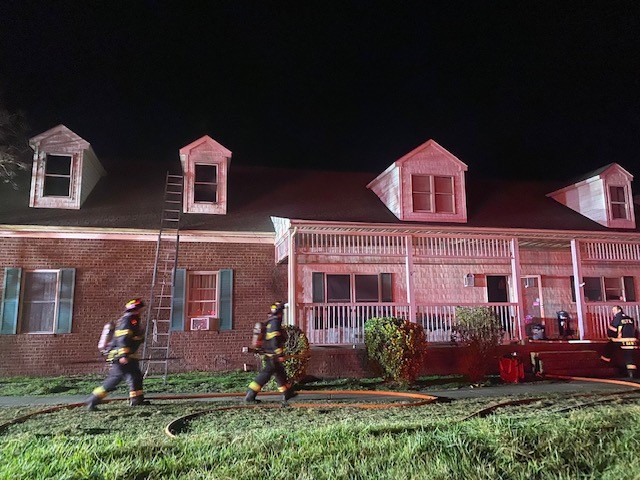 Three dogs were rescued Thursday evening from a Holland Corner Road home as Suffolk Fire and Rescue was called to a residential structure fire.

According to a news release, fire and rescue units responded to a residential structure fire in the 2100 block of Holland Corner Road Thursday, Dec. 8. Emergency Communications was contacted at 5:55 p.m. and the first unit arrived on scene at 6:04 p.m.

Battalion 1 found smoke showing from the second floor of the large two-story residence, according to the news release.

All occupants were out of the structure and reported several dogs were still in the structure. An aggressive interior attack was initiated by Engine 7, while crews performed a primary search for the missing dogs.

Crews rescued three dogs from the structure with one dog requiring resuscitation by Medic 7’s crew.

Crews found a fire in a bedroom on the second floor and extinguished the fire.

Three occupants are displaced by the fire.  There were no injuries to occupants or firefighters.  The fire was placed under control at 6:37 p.m.