Mailman honored for his service before his retirement 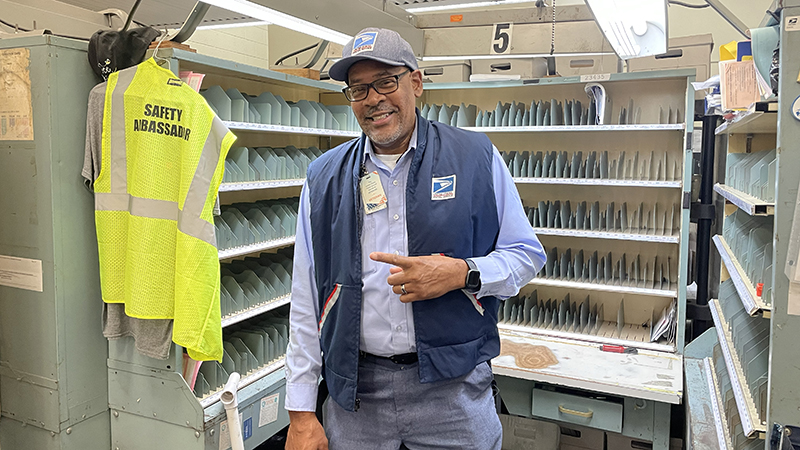 Letter Career Freddie B. Manning Sr. has served the post office for 18 years.

Freddie B. Manning Sr. is being honored for his work in the U.S. Postal Service ahead of his retirement.

A military veteran who served 20 years in communications, Manning tackled a host of duties for the post office located at 4897 Bennett’s Pasture Rd. Alongside being a letter carrier, he also served as a safety captain, a trainer, an on-job instructor as well as a mentor.

While he wanted to do two more years at the post office, he is planning to move to Charlston, South Carolina with his family.

“Me and the wife and the family are going down to Charlston, so it was time to go ahead and get things together for my relocation.”

Manning reflected on his work with the post office and the people he served.

“I’ve been providing service for people for the last 18 years. This is actually my fourth route that I’ve been on, and on all three routes that I’ve been on before, people still talk about me,” said Manning. “In this new route I’m on now for the last seven years, people still love me out there, they know me by name. This one lady told me, ‘You’re the first mailman I know by name.’ That’s saying something. So I was pretty impressed with that.”

Manning shared his appreciation for those he served and those who supported him in his career.