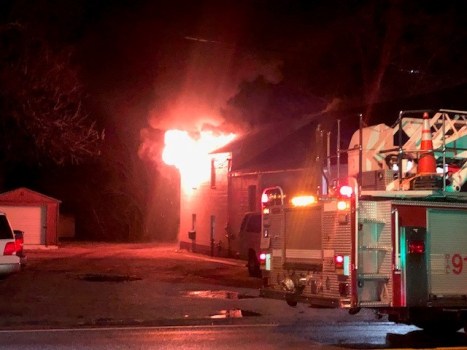 Flames can be seen coming out of a second floor window at the New Jerusalem Church Ministry early Sunday morning. 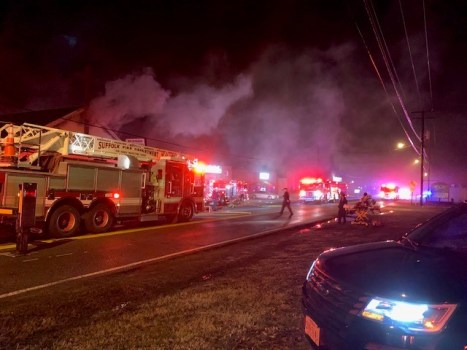 Smoke can be seen coming from the ministry building located in the 400 block of East Pinner Street. 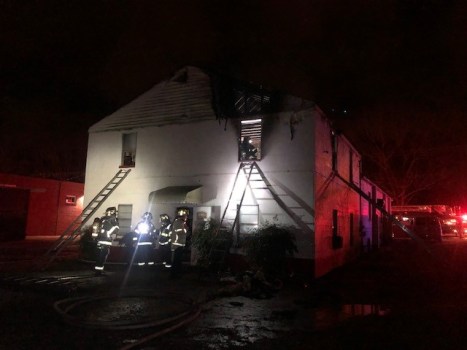 Firefighters attack the blaze at the ministry with from ladders leading to the second floor of the structure. 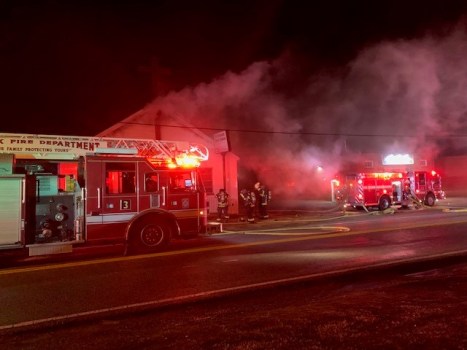 The two-alarm fire at New Jerusalem Church Ministry brought 18 units from Suffolk Fire and Rescue and the city Fire Marshal's office to the scene.

An early Sunday morning two-alarm fire at the New Jerusalem Church Ministry sent one person to the hospital due to smoke inhalation.

Emergency Communications received a call at 4:18 a.m., Sunday, Jan. 1 of a commercial structure fire at the ministry, located in the 400 block of East Pinner Street. Suffolk Fire and Rescue units arrived on scene at 4:23 a.m.

An aggressive interior attack was initiated by Engine 3’s crew while Ladder 3 and Rescue 1’s crews performed a primary search of the church, officials said in the release  Crews isolated the fire to the second floor of the church.

Two occupants were in the church at the time of the fire.  One person was transported to Sentara Norfolk General Hospital with smoke inhalation and has non-life threatening injuries.

Firefighters placed the fire under control at 5:08 a.m. The American Red Cross is assisting the displaced occupants.