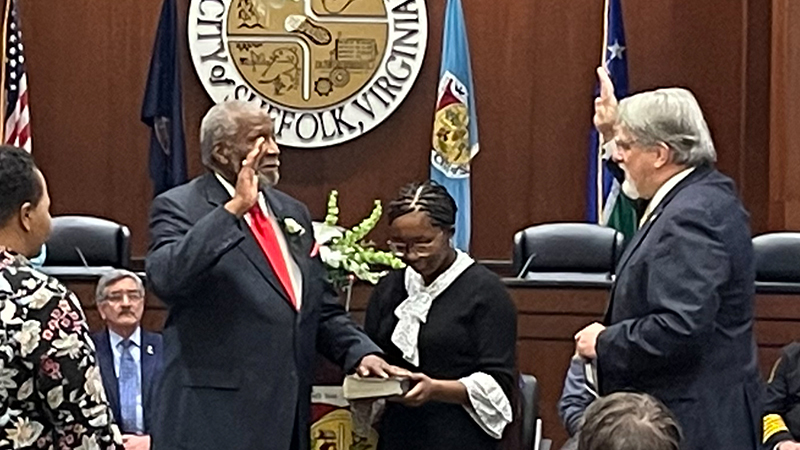 Former Vice Mayor Leroy Bennett was sworn-in as Councilman on Tuesday, Jan. 3 during the Investiture Ceremony held at City Hall. During the ceremony, Bennett spoke to the public to express his gratitude to the city’s citizens for being elected to the post. “I want to thank the voters…You made your choice and I want to thank you for it,” he said. Bennett said his focus is all about the people he serves. “I have no personal agenda. My agenda is the citizens of Suffolk that I can help anyway that I can. People in the Cypress Borough, I can’t thank you enough.” He pledged to continue trying to listen to the citizens he serves and those who elected him.

Editor’s note: Updated the headline and first sentence at 10:39 a.m., Wednesday, Jan. 4 to reflect that Leroy Bennett was sworn-in as Councilman. The current Vice Mayor is Lue R. Ward, Jr.