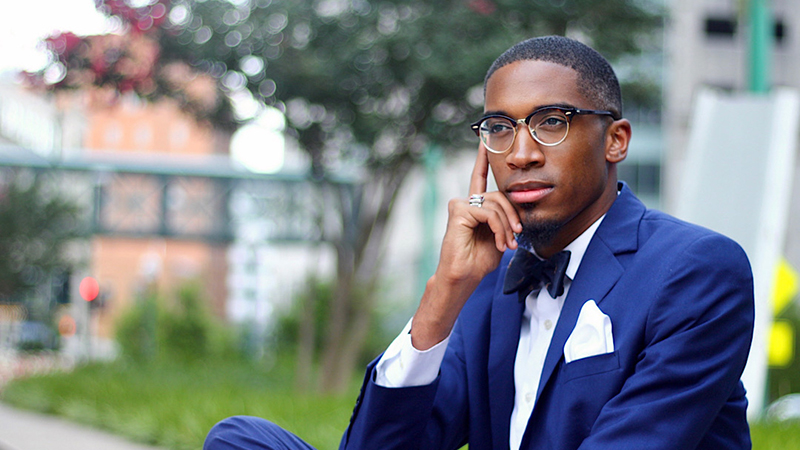 Since being a middle and high school student, Randleman has had an early involvement with the community with his participation in student council and the church youth department. Since then, Randleman has branched out to do extensive work in both the world of politics and activism.

On the political side, he has managed and served as senior advisor on campaigns ranging from congressional races and state delegates to city council and school board.

On the activism side, Randleman has advocated for Brian Faulcon, a Chesapeake black man who was released after nearly a decade for being wrongfully convicted of a robbery. He has and is currently advocating for Lt. Coron Nazario, a black Army lieutenant who was pepper-sprayed and threatened to be shot during a basic traffic stop in Windsor.

Two other projects that Randleman is working on include verifying that local prison inmates are not subjected to inhumane treatment as well as working to install cameras into the classrooms of disabled children to fight against abuse.

Speaking on the Brian Faulcon case, Randleman reflected on how he discovered the story thanks to a follow-up investigation covered by WTKR News 3’s Jessica Larche.

“I see this story. I click on it. And I view it, and I said, ‘My God, we have to do something to help this man.’ As the story goes on, and you read about it, you read that the DNA evidence didn’t match up, it was a very vague description, the guns didn’t match up,” Randleman explained. “Just reading all the evidence of the case, it just didn’t seem right to me.”

He said it appears to him that it is a case of mistaken identity.

“The fact that the prosecutor’s office in Chesapeake continued to pursue this and that the police chief at the time would not come down from it, it just really, really bothered me a whole lot,” Randleman said.

After reaching out to Larche for more information, Randleman also reached out to Del. C.E. Cliff Hayes Jr. and to Faulcon’s family members to see what could be done. After which, a news conference was put together that brought the community and both local and state level officials together.

Many years ago, Faulcon’s family had a petition to reevaluate his case that had paused. After a petition drive and media coverage, the petition saw success. Finally, after pushing for Gov. Ralph Northam to pardon him, Faulcon received a pardon from the former governor two days before he left office.

“I think it’s a calling,” Randleman said on why he continues to serve the community. “I believe that I was put on this earth for two reasons: Either to support people, like Ebony (Wright of S. Delois Mayes), who are doing great things in the community and help those, maybe like Brian, that are in need of something.”

He said he believes God has just given him a niche to be able to hear and see people’s problems and then come together with a large group of people and bring people together in which we can figure out how to solve those issues.

“And the key to it all is to bring forth the issue of the individual that is going through this heartache or this tragedy,” Randleman said. “Make sure that whoever did that to those individuals are held accountable, but then ensuring that we create policy and laws so that it does not happen to other people in the future. I think that’s what keeps me going is the knowing that we really can make change in people’s lives.”

The Day of Service event will be held at 10 a.m. Jan. 16 at the River Stone Chophouse, located at 8032 Harbour View Blvd. Tickets are $60 per person with $480 per table (8 tickets). Brunch is included with each ticket.