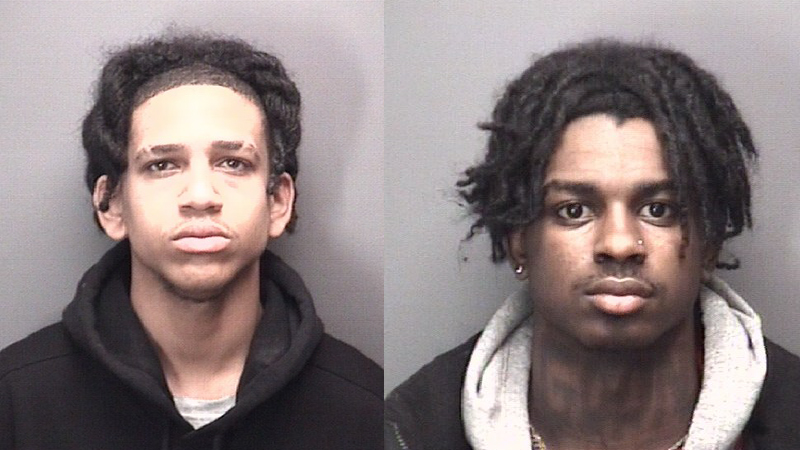 Suffolk Police have arrested four people in connection with a shooting at the High Tide Restaurant in the early hours of Saturday morning.

During a traffic stop conducted by the department at about 8:15 p.m. Monday, Jan. 16, police located a vehicle that had been identified in the shooting, according to a news release.

Through the course of the investigation, the driver of the vehicle, Ezaviya Jordan, 18, of Suffolk, was charged with three counts of aggravated assault, four counts of contributing to the delinquency of a minor, conspiracy to commit a felony and a concealed weapon charge.

Police also charged Elijawayn Anthony, 19, of Suffolk, with two counts of contributing to the delinquency of a minor and a concealed weapon charge.

Additionally, two juveniles were arrested in connection with the incident, according to the department news release.

Police said in a news release that Jordan and Anthony are being held at Western Tidewater Regional Jail. The juvenile suspects are currently being held at Chesapeake Juvenile Services.

Suffolk Police offered their appreciation to the public for assistance that helped lead to these arrests.

The shooting that injured three at the High Tide Restaurant, 130 Commerce St. in downtown, occurred around 1 a.m., Saturday, Jan. 14. Police responded to the location after hearing multiple gunshots coming from the area.

When officers arrived on the scene, they found two adult victims suffering from gunshot wounds with non-life threatening injuries.

While conducting the investigation, officers were notified a third victim self-transported to a local hospital with a non-life threatening injury.

The investigation remains ongoing at this time, and there is no further information available for release.

If anyone has information regarding this incident, contact Suffolk Police or Suffolk Crime Line.  To submit online, go to www.p3tips.com, visit the Suffolk Police Department website (www.suffolkva.us/spd) and look for the Suffolk Crime Line link, or go to the Suffolk Police Department Facebook page at www.facebook.com/suffolkpolicedepartment. Residents can also call 888-LOCK-U-UP, 1-888-562-5887, Option 5. Once a person submits a tip, they will be given a TIP ID and password. With this information they can login at p3tips.com and submit follow-up information, engage in two-way dialogue, be informed of the outcome of the tip, and access any pertinent reward information.