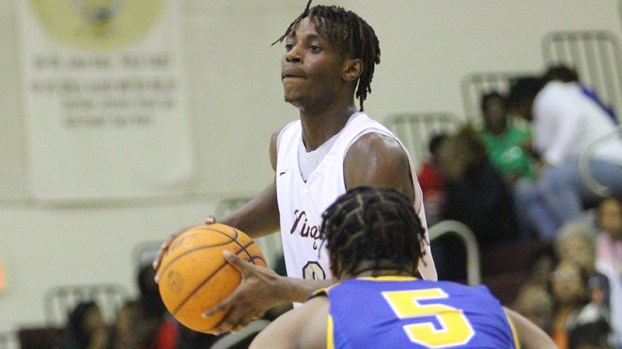 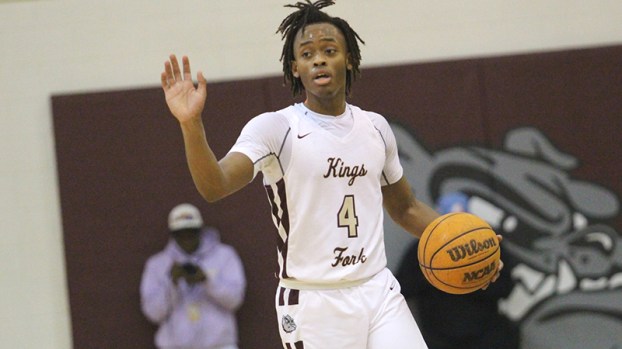 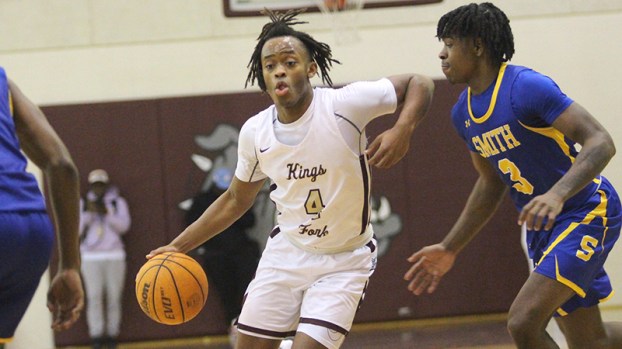 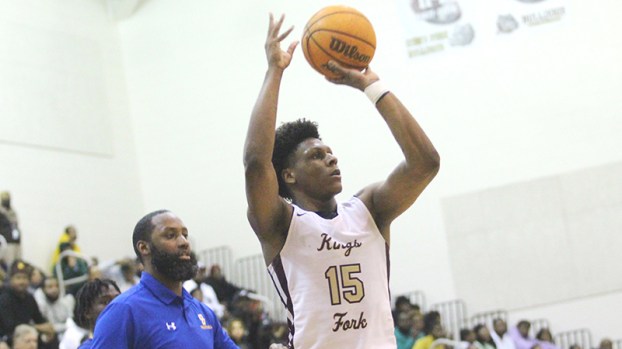 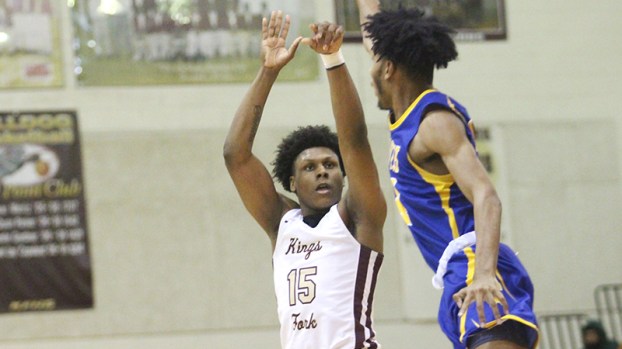 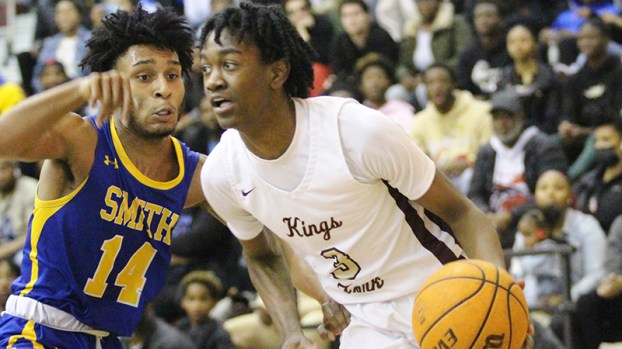 A mere three days after a test against one of the top-ranked teams in Class 5 in Virginia in Maury, the King’s Fork Bulldogs played host to Southeastern District foe Oscar Smith, the lone unbeaten squad remaining in Virginia’s Class 6 at 12-0 overall.

The visiting Tigers came in averaging 66.3 points per game, yet when their Tuesday night contest at The Kennel in Suffolk concluded, they walked out with their lowest scoring output of the season.

King’s Fork quickly jumped out to a 7-0 lead only 67 seconds into the highly-anticipated matchup, setting the tone for a convincing 59-38 victory before another packed crowd.

“Oscar Smith always is a tough team to go against. Every year, they always bring that intensity and toughness. We had to match that and play better than them,” said Bulldogs senior guard Ryan Hite, who scored two of his team’s first three baskets and later had a thunderous dunk in the third quarter on a night when he finished with 12 points.

Hite is usually known for his defensive prowess, taking charges and being able to guard players of various sizes. In this game, containing the Tigers 6-foot-7 sophomore big man Kareem Stagg, who threw down a dunk midway through the opening quarter, was pivotal, as was keeping point guard Ulysses Young out of the lane.

Stagg didn’t have another field goal the rest of the night, whereas Young scored both of his baskets on three-pointers in the second half, tallying a single assist and not going to the free-throw line once.

Hite’s father, Bulldogs coach Rick Hite, references the way the top scoring defense in the nation in basketball at the college level performs as the bar for his group.

“We like to be like the Houston of High School Basketball — rugged guys that people may overlook and do it together. We take pride in that,” Rick Hite noted of a Cougars team that is 18-1 overall and allowing only 53.3 points per game.

“We wanted to crowd them on the perimeter and make it hard for them in the paint.”

It definitely worked as the Tigers struggled, shooting 27.9% from the field (12-of-43) and misfired on their first six three-point attempts.  While Oscar Smith would get within four points both in the second and third quarters, they never were able to make it a one-possession game following King’s Fork’s fast start.

The Bulldogs used a 10-0 burst to end the third period ahead 43-29, fueled by a couple of steals from Sam Brannen. Supplying a trio of three-pointers and a game-high 16 points to go with seven rebounds was his senior backcourt mate Kaleb Brown.

“At half-time, we talked about getting off to a good start. We got off to a good start at the beginning of the game. We wanted to find a way to win the third quarter and we did that,” Coach Hite said. “We’ve played against some athletic bigs, long wings. It prepared us for this, and that’s why guys didn’t wilt when they made their run. We stayed the course.”

By night’s end, the Bulldogs turned it over just eight times and converted 22 of 27 free-throws.

Now 9-3 overall, King’s Fork has closing out the regular season strong on its mind.  They know they’ll have to fight through complacency at times and keep their mindset on improving daily to advance come playoff time.

“Just finish. We talk about that all the time,” said Bulldogs Coach Hite, acknowledging this was a nice step in the right direction 26-9 spurt over the final ten minutes of play. “I think sometimes we lose focus, and when you do that you lose intensity.  We can’t think a team is going to lay down because you get a lead.  That’s why they’re one of the best teams in the state.  We’re ready to get back to work. I mean it not minimizing the game, but we’re trying to be there playing in March.”