‘Airplane was not to be flown’ 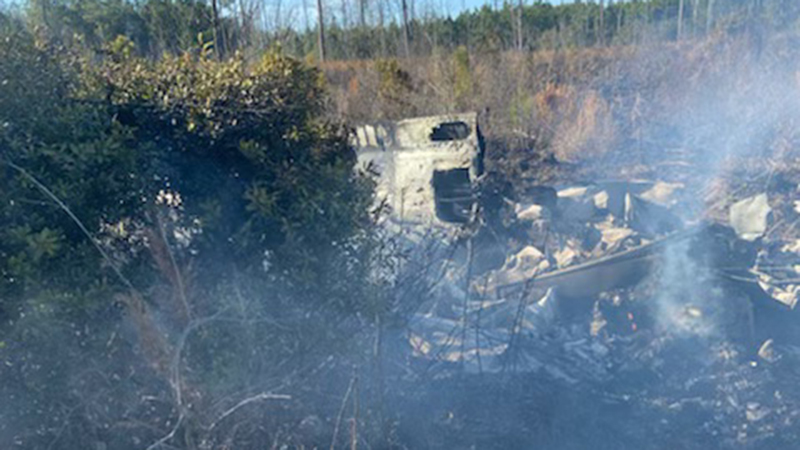 A National Transportation Safety Board preliminary report on the Jan. 7 plane crash that killed two in Suffolk was due to engine problems that were not fixed.

The NTSB report said the plane experienced a mechanical problem Jan. 1 at the Northeast Regional Airport (EDE) in Edenton.

“According to a mechanic at EDE, the pilot contacted him on Jan. 1, 2023, to inform him that the rpm drop was excessive during a magneto check and that he had parked the airplane in front of the mechanic’s hangar for further evaluation,” the NTSB preliminary report stated. It goes on to say the mechanic looked at the airplane Jan. 4. He removed the spark plugs, cleaned them and checked for resistance.

“He found that two spark plugs had very high resistance and one spark plug fired a little weak,” according to the preliminary report. “The mechanic replaced those three spark plugs and reinstalled the five other spark plugs in the engine.”

The pilot arrived later that day, before the mechanic had a chance to perform a ground engine run as he was busy working on another airplane, the NTSB report stated.

“The pilot asked if he could perform a ground run of the engine and the mechanic said yes, because he could listen to the engine from his hangar,” the preliminary report stated. “As soon as the pilot ran the engine, the mechanic knew ‘right away’ that the new spark plugs did not correct the problem as the engine was ‘skipping.’”

The NTSB stated that the pilot shut down the engine and the mechanic informed the pilot that the airplane was not to be flown until he could investigate further. That was expected to be no sooner than Monday, Jan. 9.

“At the time of the accident, the airplane had not been released from maintenance as the mechanic had not had an opportunity to further investigate the engine anomaly,” the NTSB preliminary report said.

The NTSB report said the pilot received his private pilot certificate Nov. 29, 2022. He owned the airplane and based it at EDE.

The preliminary report said that according to family members, the accident flight was a short (40 nautical miles) cross-country flight to get lunch at a restaurant at Suffolk Executive Airport (SFQ).

“According to preliminary ADS-B flight track information from the Federal Aviation Administration, shortly before the accident the airplane approached SFQ, in cruise flight at an altitude of about 1,000 ft msl, and about 5 miles south of the airport,” the NTSB report said. “The airplane then descended rapidly and impacted terrain.”

A witness reported that she was a front seat passenger in a car and first observed the airplane in a nosedive. At that time, the NTSB report stated, there were two spiral trails of black smoke, about 5- to 10-feet behind the airplane; however, she did not observe any fire from the airplane.

“The airplane impacted nose-down in a marshy field and no debris path was observed,” according to the preliminary report. “The wreckage came to rest upright and was oriented south. A section of engine cowling was located about 50 feet south of the main wreckage. A post-crash fire consumed the majority of the wreckage, with the exception of the wings and engine.”

The NTSB went on to say that the engine was buried in about 3 feet of mud and further examination of the wreckage was planned following its recovery from the field.

The plane did lead to a 35-acre brush fire that Suffolk Fire and Rescue attacked that Saturday afternoon.

The NTSB said the report is preliminary and is subject to change.