Darnell Lewis Riddick, 85, of 1341 Willeyton Road, died Thursday, Jan. 19, 2023, in Nansemond Pointe Rehabilitation & Nursing Center, Suffolk. Mr. Riddick was born in Gates County March 2, 1937, and was the son of the late Treswell Harrison Riddick and Virgie Mae Bunch Riddick. In addition to his parents, he was preceded in death by a sister, Brenda Rose Riddick, a niece and a nephew. A lifelong farmer, he was a Baptist by faith and had served in the Army from 1960 to 1963. Surviving are two sisters, Norma R. Lassiter of Sunbury and Kaye R. Byrum of Gates; three nieces; and four nephews. Also surviving are many friends and extended family from the large Riddick and Bunch families. Funeral services were held at 2 p.m. Tuesday, Jan. 24, in the chapel of Miller Funeral Home, 304 Main St., Gatesville, and were conducted by the Rev. Burt Pearce. Friends were invited to visit with the family in the funeral home immediately following the service. The burial is at 2 p.m. Wednesday, Feb. 1,  in the Albert G. Horton Jr. Memorial Veterans Cemetery, 5310 Milners Road. Military honors are to be accorded. The family asks that flowers be omitted and contributions in his memory be made to one’s church or favorite charity. Online condolences may be made by visiting millerfhc.com. 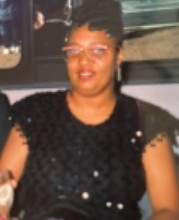